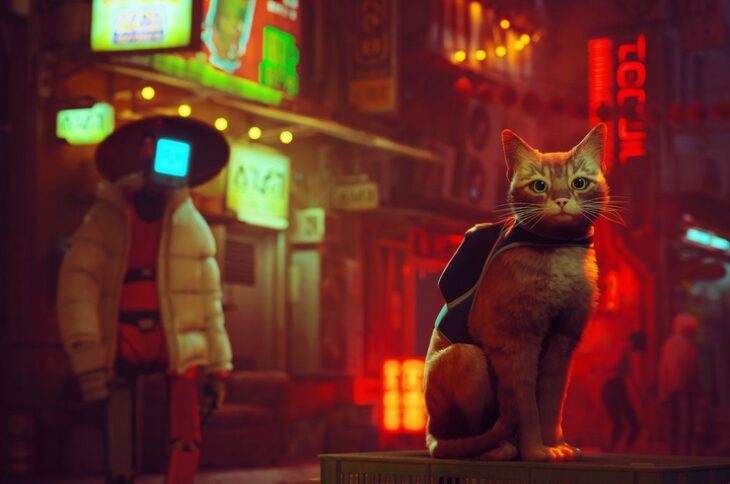 The whole world may not be playing this game but most pet-lovers and fur-parents (especially those who own a cat) are currently playing the most adorable game ever created this year. That game is called Stray.

The game was being developed back in 2015 by BlueTwelve Studio and while that was happening, Annapurna Interactive reached out to them in April 2016 to publish the game. They (Annapurna Interactive), who had yet to publish a game at that time, assisted in building the company by providing feedback for the game but leaving the creative freedom to the developers. Funding was confirmed by April 2017 and the development team grew to five by the end of 2017.

The story behind this game is about a stray cat who fell into a city filled with robots, machines, and viruses. This particular stray goes on an adventure with the help of a drone who becomes its companion to return to the surface. It’s a single-player and adventure type of game where the point of view is in third-person which makes you the cat. As you are roaming about, you will travel around places by leaping across platforms, getting through obstacles and interacting with areas to open new places to explore. You meet a drone named B-12 along the way, and it can store items for you as both of you traverse around the world. B-12 can even hack machines to solve puzzles that’s needed to progress in the game. You also have to evade the villains who are known as Zurks and Sentinels as they will try to kill you and B-12. 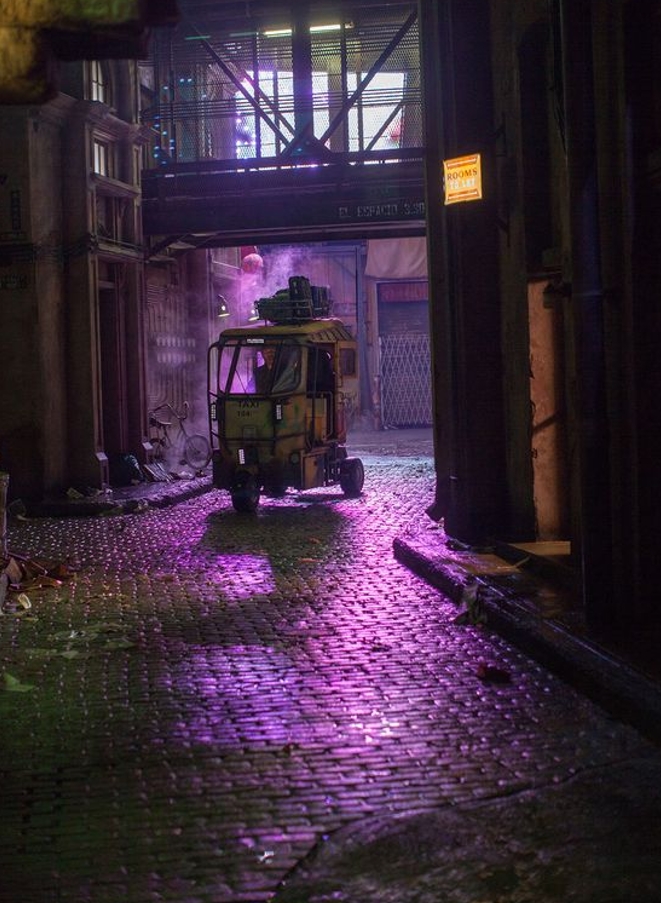 This part contains some spoilers if you haven’t started playing, but if you’re the type to find out the plot first before playing, continue to read on.

The plot begins as the stray cat treks through the ruins of an abandoned facility and gets separated from a group of cats after falling into a gorge only to find out that the stray cat is trapped in the unpopulated underground city. As the cat explores, it finds a lab where it helps to download artificial intelligence into the body of a small drone also known as B-12 where it becomes its companion and has promised the cat to help it get back to the surface in exchange on helping B-12 recover its memories.

As they continue their exploration they have discovered that the underground city contains no human life and all that’s left is their robotic companions who used to be their servants. Over time, the Companions started to have a mind of their own and even built their own society inside the city, however, they are also trapped underground. As mentioned above, the stray cat and B-12 will encounter Zurks, who are mutant creatures that have evolved to ravage both organic life and robots.

Where was the game inspired from?

The aesthetics of the game was heavily influenced by Kowloon Walled City as the founders (Koola and Mermet-Guyenet) liked that the city was built organically and found it interesting as artists. They discovered that the city was the “perfect playground for a cat” because of its various paths and views. Not only was the location influenced by Kowloon Walled City, the gameplay was inspired by the founder’s cats, Murtaugh and Riggs, and the studio’s in-house cats, Oscar and Jun. Murtaugh used to be a stray and was found under a car in Montpellier, and is the primary inspiration as the game’s protagonist while Oscar, a hairless Sphynx, provided the reference for the animation.

The developers didn’t want the game to just be a “cat-simulator”, so they created this adventure game with puzzle elements and a story which captured the eyes of those who have seen the trailers and gameplays from other people. 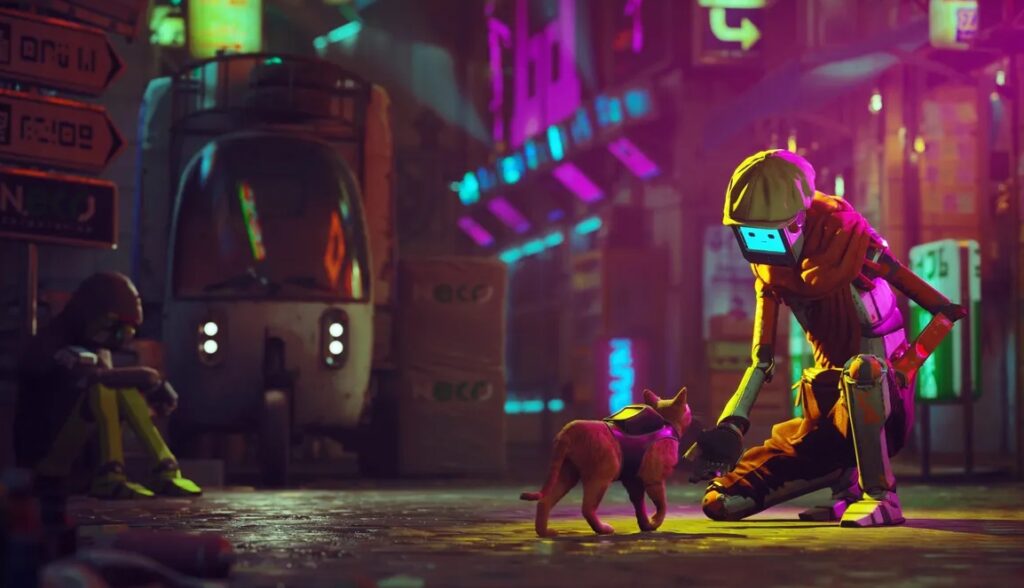 Let’s briefly talk about the city that inspired the developers to create this beautiful game. Kowloon Walled City is located in China, this was ungoverned and populated within the boundaries of Kowloon City and British Hong Kong. It was originally a Chinese military fort and the city became an outlying portion of the country after the New Territories were leased to the United Kingdom by China in 1898. The population greatly increased during the Japanese occupation of Hong Kong during World War II. In 1990, the walled city had 50,000 residents. From 1950s to 1970s, the city was controlled by local triads and had high rates of gambling, prostitution, and drug abuse.

The Hong Kong government had planned on having the walled city demolished. The announcement was in January 1987, the demolition began in March 1993 and it was completely demolished in April 1994. Kowloon Walled City Park opened in December 1995 and it occupies the area of the former walled city. Some historical artifacts, buildings and remnants of its southern gate have been preserved.

Once the game got released on July 19, critics praised the game for its graphical quality and art design. The game has appeared in different articles and most of them have said good things about it. So far, a lot of people have bought them and they have been saying that they really love it and enjoy playing it. Even popular streamers love it and want to finish the whole game during their live streams. It is visually pleasing and very interesting to be playing the role of a cat doing missions and puzzles to go through, and see the world from a cat’s point of view. Who wouldn’t want to see the world in the view of a cat right?

What’s also nice about getting the game is that the proceeds will go to animal shelters to help maintain the needs of the cats before they get adopted by their future families. By the way, if you’re looking for places to bring your cat with you on your next vacation, check out these luxury cat hotels by slingo.com so that you won’t need to worry about leaving your beloved cat behind or with someone else.

Where to get Stray?

Stray is available for the PC on Steam and for Playstation 4 and Playstation 5. The developers have yet to announce anything about releasing it for the Nintendo Switch and Xbox.