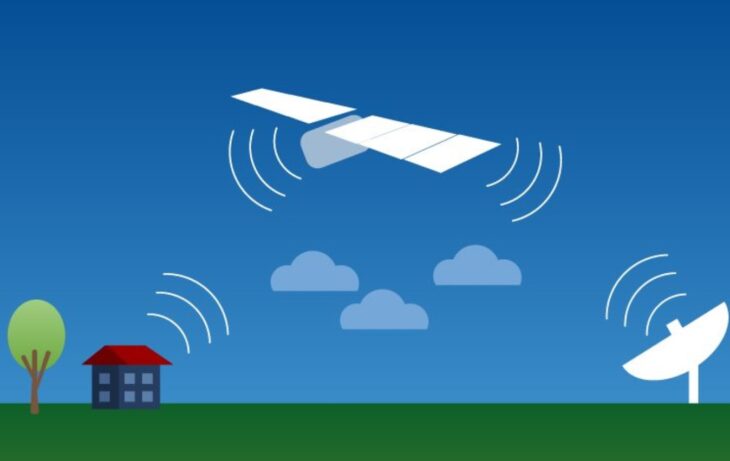 If you live or work in a rural area, chances are your internet options will be limited. One of those options would be satellite and the other might be DSL.

Satellite internet is among the top internet connections for rural areas as it is available almost everywhere. The main reason behind that is it does not depend on a wired network to offer services to its customers. That means customers can get services wherever they want including remote towns, farmhouses, and cabins.

However, before you jump the train and signup with any satellite ISP, you need to make sure whether it is right for you or not. And to determine that, let’s have a look at how satellite internet works and what it has to offer.

How Does Satellite Internet Work?

The network center connects with the server where the webpage is located, gets the information, and transmits it backward on the same path. As a result, users get to see the results for their searches or clicks. This whole process might seem long to you, in reality, it takes merely a fraction of a second to get things done.

Therefore, the only thing required for a satellite connection to work is the clear signal between the satellite dish and the satellite in space. As long as that connection can be established, users can get internet services. That is why most people can get satellite internet despite their location.

Since satellite internet relies on wireless technology, many people think of it as highly unreliable. However, the reality contradicts the assumptions here. Satellite internet is not just fast compared to DSL, it is highly reliable.

If you are concerned about the frequent electrical outages in your area, you will be glad to know that satellite internet is the only internet connection that works even during a power outage as long as the equipment is connected to any other power source.

Moreover, the download and upload speeds are good as well. Satellite internet allows users to get a download speed of up to 100 Mbps while the upload speed can be up to 3 Mbps. However, that speed is not available for everyone as it depends upon the user’s location.

Most of the satellite customers can get a download speed of up to 25 Mbps despite their location. Though that is not as fast as cable or fiber, it is still good considering the location and options. You can make video calls, stream movies, listen to music, and use social media platforms without any problem.

Even though new satellite technologies such as Hughesnet Gen5 are improving the latency and allowing satellite internet to offer better speeds, it still exists. To find more details about the HughesNet Gen5 technology, click here.

How Much Data Can You Use with the Satellite Internet?

While determining whether to go with the satellite internet or not, the next thing that you should keep in mind is data usage. If you are satisfied with the speed and don’t have any problem with the latency, data limit is something that might bother you.

These plans mostly have soft data limits. That means there are certain data limits with the plans. Though customers don’t have to pay for going over the data limits in such situations, their speed gets reduced and is managed by the service provider. Those who need a faster speed after using all the data usually have to pay extra to purchase more high-speed data.

In other words, you can use the services as much as you want but your speed will be slower compared to the regular speed.

You will also find less expensive plans that offer hard data limits. Once you hit the max limit, your internet will stop working and you will have to pay more or wait until the next billing cycle starts to get it to work.

Is Satellite Internet a Good Choice?

Considering all the factors, the biggest advantage of satellite internet is its availability. In the meanwhile, the drawbacks differ for everyone as it depends on what you are looking for. Therefore, if you are living in a place where you are unable to find a good internet provider, satellite internet is right for you.

It is also a good choice for those who already have internet services via a terrestrial connection but want to have a backup option for when things go sideways. Since satellite internet is the only one that works even during blackouts, you can have it as a backup and use it for connectivity during those times.

However, if you don’t need a backup option and have other options available such as cable or fiber internet, they would certainly make a better choice in terms of speed, price, and reliability.