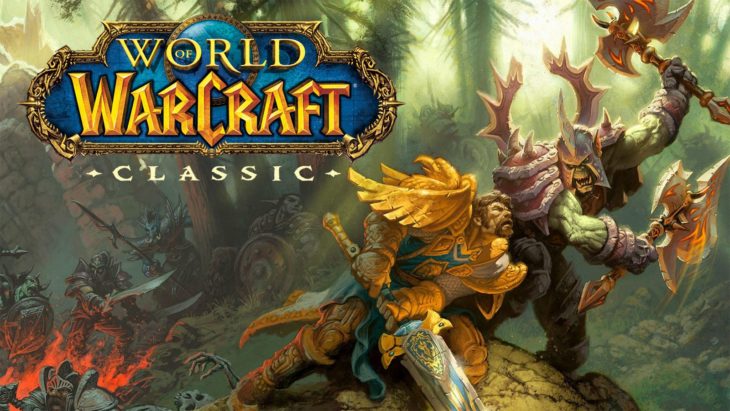 The virtual world of heroes, monsters, and various quests that are still keeping millions of players exited is the right description for Blizzard`s most popular game, the World of Warcraft, which is popular for more than a decade, and still finds a way to surprise many players.

This game is an MMORPG that, by today’s standards, has low features and poor graphics, but it is still popular for millions because of the amazing never-ending story where you are killing the enemies and trying the reach higher levels. The latest refreshment was a new patch, the 8.3, that came out at the beginning of 2022.

Even though the latest expansion, the Battle of Azeroth, has a lot of problems and lags, that didn`t stop players from enjoying this legendary game. The new version of it, the WoW Classic, have woken up some old memories for many people. Also, if you are interested in software that could help you to boost your favorite games, you should check for piratebay-service.com, where you can find a lot of upgrades that would make your game easier and more amusing to play. However, the question is, is this game still worth playing in 2022, and are there any tips and tricks that would help the beginners.

Kill Everything That is on Your Way

If you want to advance fast from the beginning and reach a higher level of experience, the best way should be to kill as many neutrals as you can and solve your quests. However, try to kill those monsters while you are heading from one quest to another, because that way, you will experience faster.

Remember to Always Log out at Cities and Inns

When you log out at a safe space away from neutrals could help you to rest your hero and get some extra Experience as a bonus. While you are logged out, your hero is still collecting some small amounts of Experience in a city or inn. Also, it is accumulating the Experience that you gathered from killing the neutrals.

It is normal for a beginner to try out every new ability and skill, but usually, it can cost you a lot of gold to build up your hero, especially at the beginning when your gold supplies can`t be so high. Our advice for new players is to try and gather more gold for higher levels and more difficult quests.

While crafting is more difficult, and you can learn it at higher levels, the gathering can be useful since the beginning, and it is a very easy skill to learn. For example, every animal that you kill could get you the leather, and you can collect herbs, which are all important for the creation of useful materials that you could sell, or use for some items.

Always Have Some Type of Aid

You can collect the Linen while you are killing neutrals, which can be crafted into Bandages, which represents a cheap and very useful item that can help you to heal. For Classes like Warrior, this item is crucial, especially at the beginning, when your health bar is still very low.

While there are smaller Experience boots from solving quests in the beginning, you should still try to solve them one by one, because, in the end, there are bigger benefits from solving every quest rather than just wandering around and killing monsters.

Available Zones Depends on Your Level of Experience

When you are a beginner, you can only search a small part of this world. Until your 10th level, you can go to zones of Durotar, Mulgore, and Teldrassil in Kalimdor, and Dun Morogh, Elwyn Forest, and Tirisfal Glades in Eastern Kingdoms. Other zones like Ashenvale, Tanaris, Westfall, Hinterlands, and many more, will unlock with your higher Experience.

There are two main cleave abilities, Melee Cleave, and Spell Cleave. The Melee Cleave is a type of attack where you are dealing with damage at the group of enemies. The percentage of cleave attack is measured in AoE damage. This ability is common for Warrior, but there are other types like Paladin, Shaman, and Priest, who are using the Area of Damage effect. Spell Cleave can be a powerful weapon at higher levels because you will need a lot of mana to release the full potential of this ability.

While many people are rather choosing to play World of Warcraft solo, the best way to level up fast is to team up with other players and share the gold and experience. After all, this game is the place where many people met each other, and many friendships came out during lots of battles and quests.

While you are playing in a team, your experience from killing neutrals will be a lot smaller, but it will be easier to solve quests. Also, most of the players find it more amusing when they are playing in teams, and there is a huge WoW community online.

Other Useful Tips and Tricks

There are so many hidden treasures, quests, and surprises hidden in this game. For every beginner, the first goal should be to reach level 60, which leads to unlocking too many other zones, and new quests. Also, if you are playing in a team, it would be valuable to use the Recruit-a-friend ability, which could get you a lot of Experience.

On the other side, if you are not interested in waiting to level up, you can always choose between Demon Hunter and Death Knight heroes. The Death Knight starting level is 55, while Demon Hunter starts on a level 98.

Furthermore, another great tip is to buy the Heirlooms as fast as you can. The Heirlooms is the armor that can level up along with your hero. This item is also collecting the Experience bonus and can help you to advance faster.