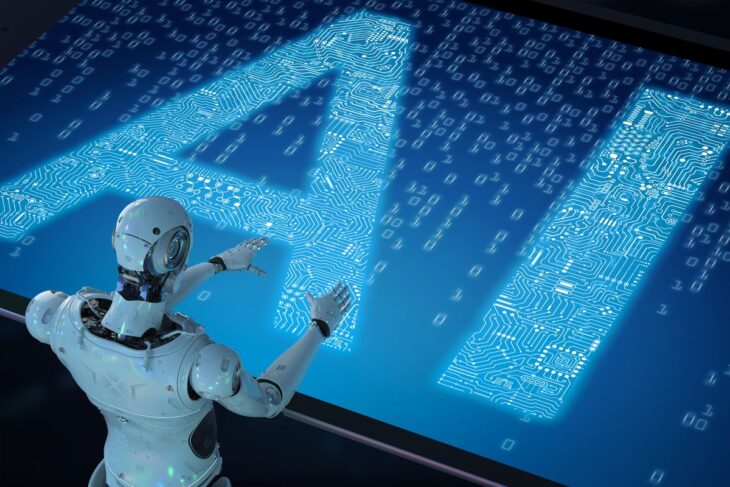 Artificial intelligence in the computer world means imitating the human thought process. The goal of applying artificial intelligence in various computer systems is to automate processes that the human brain can otherwise perform very well. In this regard, the question arises – is artificial intelligence an advantage or a threat? So let’s see what scientists say on this topic and what research shows. What are the advantages and disadvantages of AI? AI technology allows machines to learn from their own experience, adapt new techniques and inputs to perform necessary operations and several human-like tasks. However, with Intellipaat Artificial Intelligence training, you can get a better grasp of this technology and learn where and how it can be used in the real world.

AI: A Powerful Ally Or An Even More Powerful Enemy

The digital age has opened the door to many inventions. New technologies are growing rapidly today and with them their application. But there are also those old inventions, unfulfilled dreams of many scientists, who rely on the possibility that this explosive growth in innovation opens the door to something that would fundamentally change everyday life. It is, of course, artificial intelligence. For years, popular culture, movies, and comics have introduced us to various depictions and personifications of AI – and developments in the film industry have only made it easier to show them on the big screen. Thus, science fiction can and does seek to touch as much as possible on issues that have been the subject of debate for decades. That is the possibility of creating an artificial mind, a machine that works and reacts like a human being – that is, an intellectual being. The ethics of this endeavor have been the subject of controversy since it became an idea.

What Is Artificial Intelligence?

AI is the ability of a computer or robot to perform tasks that are usually related to intelligent beings (humans). This term often includes machine learning. Machines and computers are not intelligent themselves, but people make them intelligent. For example, a computer needs to be instructed to delete certain content that is no longer relevant – because it doesn’t know exactly what content a person no longer needs. Artificial intelligence evolved gradually with the development of technology, and thus entered almost all spheres of human life. The history of development dates back to the time of Alan Turing and his model for the manipulation of symbols, which is still used today as a thought experiment for assembling computer algorithms.

Artificial intelligence existed even before the development of today’s smartphones. However, it flourished in recent years. However, its security, that is, possible misuse, is often questioned – so it is important to emphasize that AI must be studied and observed with special emphasis on the security of use. The ultimate goal of AI is an impersonation of the human brain. Given that the human brain is made up of a large number of neurons – the goal is to imitate neurons and create the so-called artificial neural networks. An artificial neural network in the broadest sense of the word – is an artificial replica of the human brain that seeks to simulate the learning process. That is why today we make more and more effort to ensure that modern smart systems can learn, and have the ability of cognition, perception, thinking, and ultimately – the ability to solve problems.

As in every field, and so in artificial intelligence – there are positive and negative effects. The positive effect is certainly the automation of operations using intelligent machines and devices. This way, AI helps us in speeding up the working process – which means more free time that can be spent on performing other actions. On the other hand, AI can violate privacy without a person suspecting it at all. In addition to human attacks – attacks caused by artificial intelligence also occur on the Internet. According to serokell.io – AI in itself is not malicious – but man sometimes makes it so. Therefore, we can say its behavior is conditioned by the human act. Here are 5 advantages and disadvantages of implementing AI in our everyday life.

Increasing popularity lies in virtual assistants like Siri, Google Assistant, etc. Such systems are intended for all users – especially those who have impaired vital or other functions – and which can be used without physical interaction. For example, a virtual assistant “Siri” can be ordered to call a certain person from the phone book on the mobile phone – or to set an alarm clock for a certain time. They are integrated into the system and have all the data stored in and out of the device. They are getting smarter – and it is almost difficult to tell if it is just a robot. Increasingly popular are the so-called. chatbots, that is, computer programs similar to the already mentioned assistants. However, they are increasingly used in business – as well as for executing the most ordinary queries.

Today, humanity is increasingly facing climate change, soil, water, and air pollution – but to prevent this, it is necessary to combat pollution that threatens the environment. It is well-known that batteries and other hardware that make up mobile devices and other technological devices significantly pollute the environment. A few years ago, Apple introduced two robots to recycle their iPhones, the Liam and Daisy robots. Both robots are fully automated and used for recycling, ie. separation, and reuse of all parts, of course, those that are renewable, thus minimizing waste.

Energy-saving light bulbs have been a trend for years because they truly reduce electricity consumption, however, they adversely affect the environment and human health because they contain dangerous metals, such as mercury. So they are not acceptable, so more and more consumers are turning to modern, environmentally friendly and acceptable, efficient, and ultimately economical ways of lighting the space. It is smart lighting that is increasingly used in residential and commercial buildings because, in addition to being wireless, it allows you to adjust the light radiation to the user’s needs.

What worries most people the most is the automation of business processes that AI brings with it. Many people are afraid that they will lose their jobs in that case because their jobs are taken over by machines. Is that fear justified or not? There are still many debates on this topic. While some believe that it will be disastrous for a large number of people, others believe that it will relieve people and give them enough space to perform other jobs and tasks that AI still does not cover.