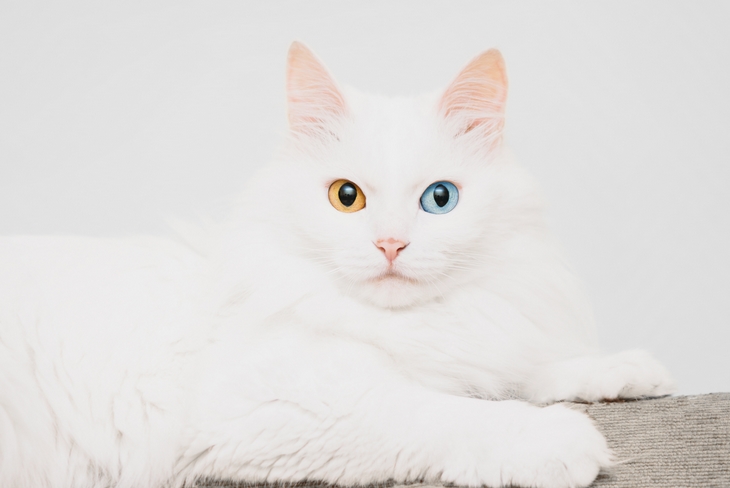 Cats are enigmas in their own right. They are self-reliant, distant, and erratic at times. They have the potential to be your best friend or your worst adversary. They are, in many ways, similar to humans.

Cats, however, are more challenging to read than people. Sure, you can tell when they’re angry, hungry, or in heat (or all three), but what’s going on in their heads? Cats are prone to sickness as well, which is why a Cat DNA test kit can benefit you exponentially.

Breeders may now make informed decisions based on genetics, and at-home feline DNA testing kits reduce the inevitability of inbreeding’s negative repercussions. Furthermore, these technologies can be used by the general public now, allowing everyone to discover more about the origins and history of your feline companion.

1. Why Should You Get A Cat DNA Testing?

Knowing your cat’s breed and genetic background can help you figure out how likely they are to develop certain diseases and chronic illnesses, as well as qualities that may affect their health in the future. You’ll be better prepared to take preventative measures now to make things easier for them later if you know more. For example, if your cat’s DNA reveals he’s at risk for diabetes and may have a slight allergy to specific grains, you can change his diet to help him live longer.

Additionally, assessing your cat’s DNA benefits you to understand your feline’s behavior and healthcare studies considerably.

2. What Are The Steps Involved In Performing A Cat DNA Test?

In the end, no matter which test you choose, the method of testing your cat’s DNA is the same. To begin, you can purchase a test from Amazon, the firm directly, or another online shop.

After receiving your DNA test kit, swab the inside of your cat’s cheek for a few seconds to get a sample of their DNA. After that, you’ll stow the cheek swab and return the DNA sample to the lab for analysis.

3. A Cat DNA Test Might Not Tell You The Breed

So, why is it so difficult to identify the difference between a Siamese and a Burmese or Bengal cat?

To put it another way, unlike dogs, which have been bred for certain activities for thousands of years, cats have a considerably more convoluted background.

A majority of cat breeds are under 100 years old, and those that have been bred were picked at random based on their looks. As a result, when there isn’t a clear and established lineage in cats, to begin with, extracting breed information from their DNA is tough.

4. A Can DNA Test Identifies Diseases

Cat DNA testing that focuses on health is far more widespread, especially among breeders. It’s critical to grasp what this DNA testing can tell you about your cat’s health once again.

The companies are using DNA tests to look for specific health markers linked to feline hereditary illnesses. Genetic mutations cause these disorders, and the test will reveal whether your cat has any of these mutations in its DNA.

Polycystic kidney disease (PKD), which is frequent in Persian cats, and hypertrophic cardiomyopathy (HCM), common in Ragdolls and Maine Coons, are two common hereditary disorders that these tests try to evaluate.

These tests might not diagnose your cat with a condition. And, they do not guarantee that they will not develop any of the diseases for which they are being tested.

These DNA tests, like human genetic testing, can be used as a preventative measure, especially if you plan to breed your cat. You can also use the DNA test to aid in developing a health plan for your cat, but you should always discuss your findings with your veterinarian.

5. What to Look for in a Pet DNA Test

If you want to test your pet’s DNA, ask yourself the following questions to help you choose the proper kit:

How much does it set you back? To get what you want out of it, you’ll want to strike a balance between price and quality, and features. How many different breeds do they have in their database? Companies can improve their testing kit’s accuracy by adding more species.

Your pet’s breed will not appear in the results if it isn’t in their database. You might ask, how long does it take for results to appear? If you’re the type who can’t stand waiting, search for a kit with a quicker turnaround time.

You can also use online reviews to assist you in making your decision. Whatever kit you choose, make sure to tell your animal-loving friends about your discoveries and have fun!

There isn’t as much choice when it comes to choosing a kit for cats because there isn’t as much interest in DNA testing for cats. The prices for the various options range from roughly $45 to $120. If you want sophisticated options, such as dog DNA testing, you’ll have to pay more.

DNA testing for cats is a relatively new discipline with rapidly growing technologies. So, if you’re asking, “Is testing my cat’s DNA worth it?” For answers, you may look on the internet. Although some of these cat DNA tests are a touch pricy, a majority of the web evaluations are really positive.

Even if you aren’t able to pinpoint the breeds that make up your cat’s history with 100 percent confidence, you’ll gain a better understanding of how feline DNA works as well as some new and exciting facts about your feline pet. Isn’t that what it’s all about, saving your precious little furball from potential diseases and ailments.