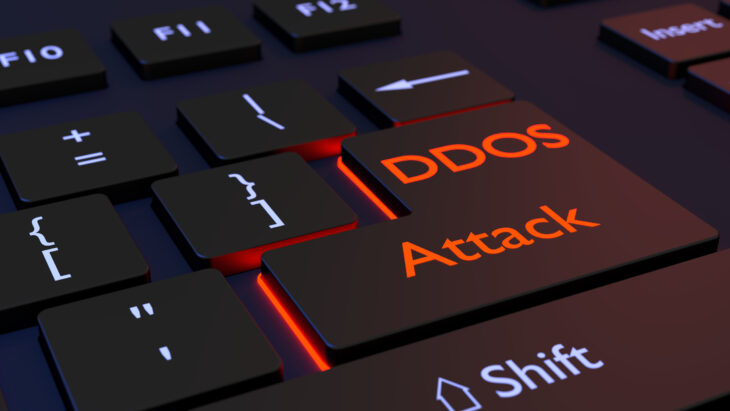 2020 has been a crazy year, all-round. The gaming industry is no exception to this. With the world on lockdown, more people are at home playing games than at any other period in history. Online game servers are perfect evidence of this, with servers packed to the brim with players from dawn to dusk. In an admittedly anecdotal example, I’m a FiveM server owner. FiveM is an online GTA V mod. My FiveM server has experienced an explosion of growth this year despite me not going to any great lengths to advertise the server to a new audience. The same can be said for the FiveM servers that mine competes with as well as the servers of my friends – insane numbers can be observed around the clock. This could just be considered growth of FiveM as a whole, however the same can also be observed with pretty much every other online game server. Online gaming is hot right now.

A significant portion of the global population are stuck at home, unable to go to school or work. Many are filling in this new-found abundance of time with online gaming activity. Some, on the other hand, have chosen a less benign use of their time. Some are spending their days targeting these jam-packed game servers with various forms of DDoS attacks. A DDoS (distributed denial of service) attack is a purposeful effort to wipe a server/application/game server offline by sending malicious traffic to it, typically from a botnet of infected machines or from Millions of spoofed IP addresses all around the world. DDoS attacks are extremely harmful to the ecosystem of any thriving game server. This problem is not going away and is likely going to become much worse. I’ve compiled a list of reasons every game server will need dedicated game DDoS protection going forward into 2023.

The longer this lockdown goes on, more bad intentioned people are going to find access to these DDoS attacking tools. Ban that annoying kid from your game server? Boom. He finds a $50 booter (a booter is what you’d typically refer to as an online interface where you pay to gain access to various DDoS attack methods) online and is now capable of wiping your server offline for an entire month. With more people finding and spending money on these booters, more of them are going to open up shop. Where demand exists, markets emerge. More booters available = more competitive pricing and more advanced tools which means more people targeting game servers with DDoS attacks.

With attacks becoming more frequent and easily accessible, your game server is going to need to be equipped with specialized game DDoS protection.

Global broadband speeds are greatly increasing. 1Gbps network connections are becoming more widely used on home networks, some ISPs are now even offering 10Gbps lines to their domestic users. The more network capacity at the disposal of a DDoS attacker, the more damage he can do. A network saturation form of DDoS attack doesn’t need to be particularly sophisticated, it simply needs to send so much traffic at a network that it is unable to cope with the sheer quantity of data it is receiving. As more residential users gain access to massive amounts of network capacity, that is more power for attackers to take advantage of, either directly or by infecting a large amount of computers with access to a large networking uplink.

In DDoS attacks that my FiveM server has received, I’ve noticed that it typically isn’t targeted with bandwidth saturation attacks, more so application layer attacks that target a vulnerability in the server software. These types of attack are typically performed by a more seasoned attacker or booter that has crafted their DDoS attack specifically for FiveM servers. As more people have time on their hands to perfect these attack methods, they are going to become more common-place.

Another method of overloading the game server host would be to send so many packets at the server that it overloads the server’s network interface controller (NIC). This can be achieved without necessarily sending a massive amount of data, but instead a huge quantity of smaller amounts of data. The amount of packets per second (PPS) a network can send is largely dependant upon the NIC of the sending computer. As technology continues to evolve, high-end NICs will be capable of sending an increasing number of PPS, so you’d better hope that your game server is either hosted on a machine that has an equal or better NIC and that your game DDoS protection is up to scratch.

With more people at home and playing on your game server (yay) more people are going to become jealous (boo) of your success and before you know it, you’re the target of someone who would like to bring you down a peg or two. There’s a few reasons why your game server could become a DDoS attack target, and none of them are pleasant.

1. A competitor server would like your player-base on their game server. Pretty straight forward, every popular gameserver has a rival gameserver of equal or similar popularity. If one of the servers is experiencing downtime, the other server gets a bump in player numbers. And since players are more likely to join a busy (read: popular) server than an empty server, more players = more players = more donations.

2. Monetary gain. Has someone ever contacted you on Discord to demand x amount of Bitcoin or he’s going to DDoS attack your server? Yeah, me too. The first time this happened to me, I actually paid the guy so that he would stop attacking my server. Of course, this just encourages him to come back regularly for more as well as encourages others to join in – because I now had a reputation as someone who was willing to pay anyone who attacked my server. Now that my server has game DDoS protection that actually works, I just laugh at anyone who tries to hold me ransom and tell them to try it. It’s pretty fun when this happens nowadays.

3. For the lulz. Some people just like to watch the world burn. The only thing they gain from attacking your server is watching everyone else react to the server going down. There’s not much you can do about these types of people as they rarely reveal themselves. The only thing you can do is make sure that your server’s game DDoS protection is capable of mitigating their attacks.

Whatever the reason is that your gameserver is being targeted with DDoS attacks, it is equally as disruptive.

What can you do about these attacks?

The best solution when being targeted with a DDoS attack is having your game server secured behind a game anti-ddos firewall. Evolution Host’s Game DDoS Protection works extremely well for me. Their game DDoS protection service differs per game type. For example, my FiveM server is now protected by their Five Anti DDoS and I haven’t had trouble with attacks since, despite the many people claiming they will be able to take me down. I can’t vouch for how well it works for other game servers as I haven’t tried out any of their other protection services. Although if their other services are half as good as their FiveM DDoS protection, it’ll be more than enough for you too, regardless of what game server you’re running.

If you’re not looking to pay for a solution, there’s many tricks you can try with iptables to try to block the malicious traffic from reaching your server. You might find that iptables could be quite useful for smaller, less sophisticated attacks.

Security through obscurity can work sometimes too, if the game server you’re running makes it possible to hide the IP address of your host server, that is certainly something you should consider doing. This is often not sufficient as attackers will always find a way of finding your servers IP address, given enough effort.

While you may be feeling worried about your ongoing attacks and feeling like it’s never going to end – don’t worry, there are solutions available and the attacks are not going to last forever. The attackers will either get caught by law enforcement or get bored and move on to the next server. However you do want to ensure that you never need to worry about becoming a target again, get yourself in a good situation for the future, get yourself some game DDoS protection to ensure your community can continue to play in peace and perhaps have a little distraction from what’s going on outside their homes in recent times.

Keep safe out there friends, keep your game servers DDoS protected and most importantly, keep yourself protected.