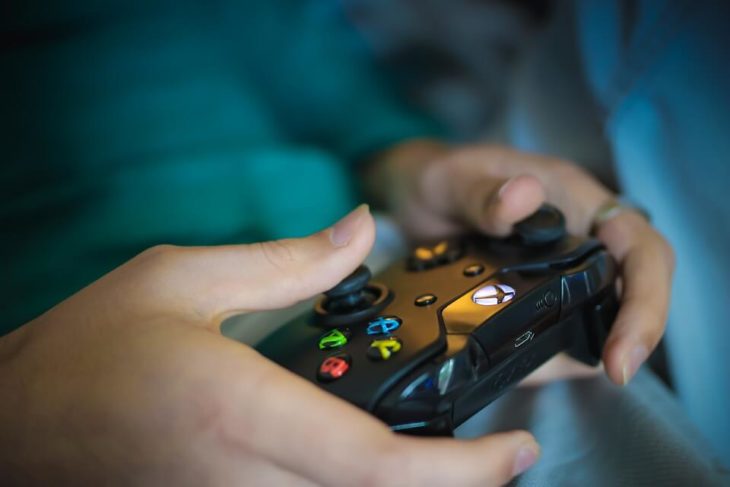 Video game genres are there to help give us a diverse approach to the industry. One of the more popular genres of video games, even today, is the RPG genre.

Without a shadow of a doubt, first-person shooter titles are the most in-demand amongst gamers.

With CS: GO at the help, first-person shooters are at a record high amongst Steam players. Truthfully speaking, the likes of Halo and Call of Duty are seeing a slight rejuvenation, but the most popular one still remains to be CS: GO.

But these aren’t the only titles in the genre. The likes of Tom Clancy’s Rainbow Six Siege, a tactical 5v5 shooter that isn’t like anything we’ve seen before on the competitive market, and the new and upcoming Valorant from Riot Games are seeing a massive surge in players.

While Rainbow Six Siege has been around for some time now, it is starting to get a fair share of the total market that was previously dominated by the likes of CS: GO, CoD, and Halo.

As you might expect, the reasons why these titles are so popular is the fact that you’re controlling the character in a first-person mode while also firing your favorite gun.

These games are very different than the rest we’ll be mentioning, and this is the reason why gamers love diversifying their libraries with titles from various genres.

When it comes to first-person shooters, you got multiplayer and singleplayer games. While multiplayer titles are inherently more profitable for a company, have an eSports scene, and give you the chance to match-up against other players, gamers still enjoy singleplayer titles.

Out of the most popular ones in the singleplayer category, honorable mentioned go to DOOM, Bioshock, Far Cry, Wolfenstein, Borderlands and many more.

Role playing games include titles where you essentially play as another character, usually in a world setting different from that of ours.

RPG’s usually revolve around fantasy in either a futuristic or past settings. The whole point of RPGs is to play a fictional character that you create, advance and level up, go on quests, and various other things.

RPGs have gone a long way since their tabletop ancestors, but they have managed to preserve the core mechanic. That’s right, if you’ve ever played an RPG, then you know all about leveling up.

But the reason why they’re so popular is rarely down to the levels. It’s actually because people love to role play and these games offer tons of hours in endless fun.

The ability to create and shape a character the way you like is something that’s a hot commodity in gaming. These have been around for quite some time with the likes of World of Warcraft, The Elder Scrolls, the Fallout series, Final Fantasy, and many others.

In the former category, we include the likes of World of Warcraft, the Division, Diablo, Guild Wars, Path of Exile, and many more. If you happened to be playing one of the before-mentioned titles, then you must’ve thought about beating the core mechanic of this game. Leveling and questing can sometimes be very boring, so gamers usually turn their attention to carry services that help them level up.

If you’re interested in such services, then we recommend the gamers over at LFCarry find the Destiny 2 boosting they need.

Massive online battle arenas, or MOBAs for shorter, is the type of genre that probably has the most potential out of all.

MOBA games are some of the most complicated to understand, learn, overcome, and master. There are a few things that differentiate them from the rest of the genres, and that’s the fact that these are very few in numbers if we compare them to shooters or RPGs, and they have a very high skill cap for competitive gaming.

Only the best out of the best make it on the pro scene, as we’ve seen with Dota 2 and League of Legends. Truthfully speaking, these are the only two games that are worth your time.

Notable mentions include Smite and Heroes of the Storm, but they are dying by the minute.

The core gameplay of MOBAs is purely multiplayer. You usually queue with four other people against another team of five players, pick your hero or champion, and battle it on the grand stage.

The eSports following of these tiles is massive, with both Dota 2 and League of Legends tournaments attracting thousands of viewers of Twitch and filling up entire stadiums of people.

Also, these games have their own leagues, meaning competitiveness is at the highest we’ve ever seen. However, it takes extraordinary mechanical skills and understanding to become a professional in these games. Also, becoming a pro can be a very lucrative job. If you want to achieve your full potential and get better results in League of Legends, we recommend using a personal gaming assistant from Mobalytics. It’s a service from a community of gaming enthusiasts, that provides League of Legends champion builds, statistics, guides, counters and combos – you can check it here.

The sports genre of video games is growing by the year. You’ve all heard of Fifa, PES, Madden, etc. But some very exciting titles are somewhat left in the shadow.

The thing that holds sports games back is the fact they are marketed to a demographic of gamers that like to watch sports. A person that has no affection for soccer will not play Fifa 20 or PES.

A person that doesn’t watch football will not play Madden. And this is the reality of this genre. However, publishers have found a way to make up with the lack of players by including microtransactions in their games.

Some say that these publishers are milking their players by employing a pay-to-win system, but it seems that Fifa players will take anything EA gives them.

With all that said, sports titles are some of the most fun ones out there and are definitely worth buying a PS4 to play with your friends.