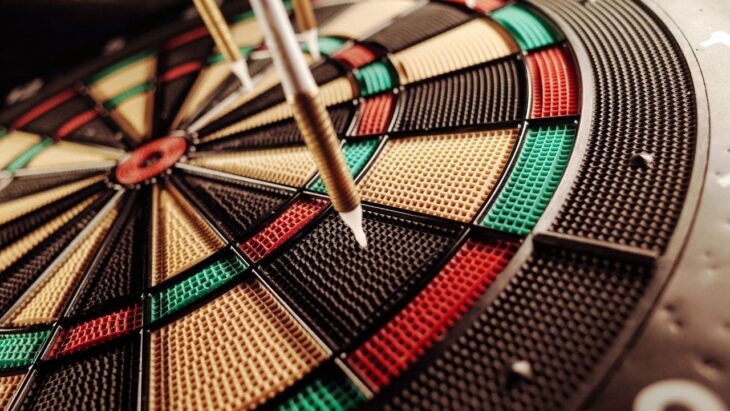 The game of darts has come a long way since its inception. Multiple tournaments happen on an international level every year. With live broadcasts that allow many sports betting enthusiasts to participate, darts is no longer a game people play in parlors. The fairly easy to comprehend scoring system is one of the major benefits of so many people being involved in the competition.

The Professional Darts Corporation (PDC) organizes multiple events throughout the year in terms of tournaments. These tournaments happen on a grand level and have a large prize money offered to any plofferedwho wins. In this article, we will be listing some of the major dart tournaments.

This premier league tournament is the latest edition to the list of big championships for the game of darts. Even though it is fairly new to the world of official championships, it has gained traction to become one of the most popular and exciting tournaments with a competitinenvironment. If you want to know more about betting on darts, GambleUSA.com has more on this.

The best factor about the tournament is its exclusivity. Since only eight superior players are allowed to participate in the contest in any given year, the stakes increase drastically. The selection criteria for this competition is based on an areder of merit and wild card entries. The order of merit is a list of players who are ranked by the amount of prize money they have won by participating in various competitions throughout the year.

This competition lasts for 14 weeks in which all the 8 players are given a chance to play against each other twice. The location of this competition is in the United Kingdom where multiple arenas are booked for this particular tournament. After the initial series of matches, the top 4 players are selected. The final play offs happeplayoffse four people to choose a winner.

This particular event traces its origins back to the World Darts Council. The World Darts Council or WDC eventually changed to what we know today as PDC. This competition has been running for more than 2 decades and was first done in 1994. In terms of prestige and history, this event is undoubtedly the most highly regarded in professional darts playing.

The location for this event is in the UK. Earlier, it was held in the Circus Tavern at Essex. Unlike the one mentioned this event is a larger pool of competitors. There are 96 pl96 players competether every year. Out of these 96 contenders, there are 32 extra seats for all the individuals who win grand tournaments across the world. They automatically qualify for a seat in this championship. The rest of the seats are filled through the order of merit much like it was done in the previously mentioned event.

The World Grand Prix is another event worth mentioning in this list. This tournament is held in the Irish capital of Dublin. The location itself is enough incentive for players to participate every October. The format of this event is decidedly different from many others. In the beginning the participant,ts are shortlisted on the basis of the opening rounds. The initial rounds are shorter in duration.

This puts the participants under pressure to qualify for the later rounds. Along with the short opening rounds there is also another challenge awaiting the players. According to a unique rule which is exclusive only to this tournament: each leg should begin with a double. In simple language this means that when a player is going for their turn then must finish with a double. A double is a bulls eye and in the tournament is required by every player. This particular format is rightly called the ‘double in, double out’.

The Betfred World Matchplay, simply called Matchplay, is on the list not only for excitement but also for being the oldest events organized by the PDC. This particular event is famous among all the people who are enthusiastic about darts as sports betting. It is broadcasted live every year and attracts a high viewership number. The location for this event is at the Empress Ballroom at Blackpool.

Each year 32 participants are selected to compete with each other for the title. Half of these 32 participants are selected through the order of merit much like other competitions. The other half of the seeds are reserved for individuals who have won the Pro-Tour Order of Merit. This particular game attracts a lot of attention because of high stakes and participation. If you are new to this game, following the tournament is sure to peak your excitement.

The UK open is another event which is worth mentioning in the list because of its prestige. This tournament happens in the June of every year. Colloquially called the FA Cup of Darts, this name was given to the upsets related to the soccer team. The distinguishing factor of this event is that the selection process for matches happens through an open draw.

This raises the excitement to a great extent because any competitor is likely to play each other. There are a total of 128 seats which can be filled by any interested player who has the adequate ability to compete. Unlike other competitions where only the top players qualify, you will see a lot of amateur players in this event.

The five tournaments mentioned in the list are all followed by a large viewership all across the globe. All of them have their own rules and eligibility criteria. The different formats of these competitions are to the excitement of the people watching from home. Darts as a game has become popular in sports betting because people can easily understand the rules and get invested. The stakes are often higher in more popular world championships.