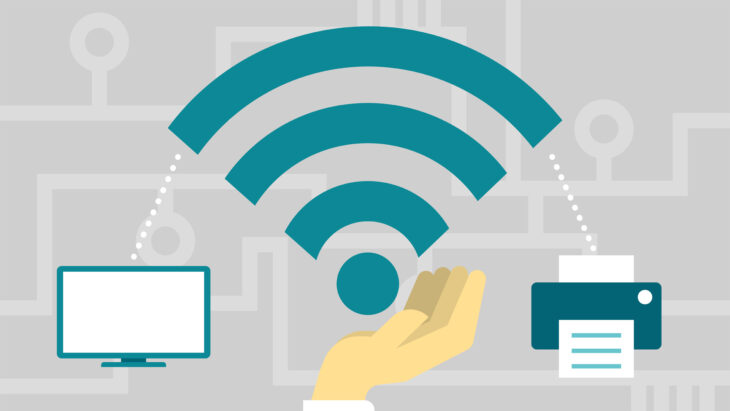 Whether you are looking to update your home, your office, your home office, or anywhere else, chances are good you have thought about installing a new wireless network to it. After all, wireless networks are highly popular and accessible these days and they seem to only be getting faster and faster.

With that being said, just like everything that you do, you are going to want to weigh the positives and negatives of making such a change. For that reason, we have broken down the top pros and cons of getting wireless networking installed. Read now and enjoy!

What is a wireless network?

Basically, a wireless network or WLAN (Wireless Local Area Network) serves the exact same purpose as a more traditional wired network does. In short, its basic job is to link a group of computers so that they can work and interact together. Overall, it is believed that a wireless network is easier, faster and cheaper to set up.

If you’re not quite sure that it actually is easier, consider the fact that creating a network through wires requires trained professionals to install and pull wires throughout the ceilings and walls of an office. It can be labor-intensive and costly.

One important thing to know about wireless networks is that they operate using RF or radio frequency technology, which is a frequency within the electromagnetic spectrum associated with radio wave propagation.

In order to connect an access point and join a given wireless network, computers will have to be equipped with wireless network adapters. These days, these are typically built right into the computer. If it is not, basically any type of computer or laptop can be made wireless-capable thanks to the use of an add-on adapter that will be plugged into an empty expansion slot, USB port, or a PC card slot.

Finally, one thing that you will want to know about wireless networks before we finally break down the pros and cons are the technology standards. Because it can be hard to know exactly what you are looking for, we have decided to do your homework for you! The most common wireless technology standards include the following:

They are highly efficient. One of the best things about a wireless network is that you will enjoy improved data communications with leads to a much faster transfer of information with businesses, partners and customers. If you are a salesman, a day trader, a contractor or anything in between, chances are good you will benefit from the speed and ease of a wireless network.

They can be somewhat expensive to install. With that being said, while the cost of installation may be a hefty sum, you will find that you will eventually be saving money from month to month on the service and will end up spending a lot less than you would have had you simply stayed with your more traditional network configuration.

They are much more flexible. This is true in so many ways. Whether you are looking to add a new device to the network or want to invite someone who is visiting your home or office to sign onto your network, it is incredibly easy. Beyond that, because it is so easy for new devices to get onto the same wireless network, it is similarly very easy for you to share between devices which means that you can type something up on your computer, only to proofread it on your device, and then send it via text on your phone. We’re not sure why you’d want to do something like that, but having the ability to do so should surely be considered a positive!

They are more likely to get hacked. That is the simple trust as wireless networks are easier to break into for would-be hackers looking to get a hold of your sensitive personal or professional information. With that being said, wireless networks and network providers are constantly getting better and better at identifying a possible security breach and shutting it down before any real breach can be made. Wireless networks also make it very easy to add on additional security measures so that you, your family or your colleagues and feel safe and sound while they are using the wireless network.

In the end, the truth is that if you want to run your home or your office in the most modern way possible, you are going to need to get a wireless network. With the ease of installation, the cost benefit and the flexibility that they provide, there is simply no reason why you should be thinking about doing anything else.