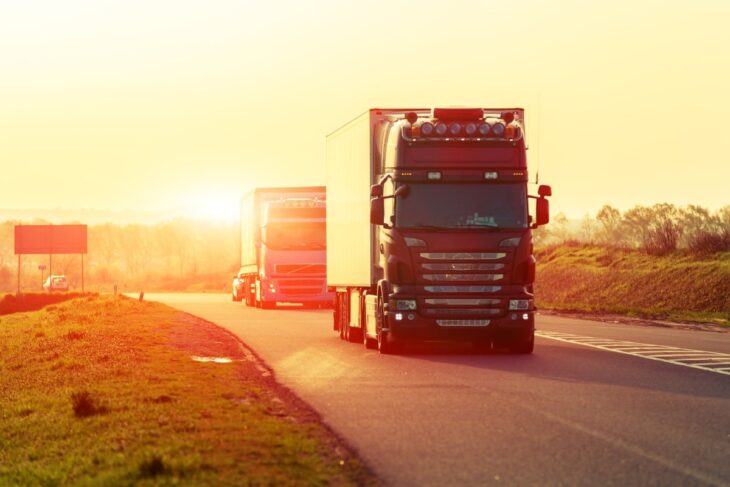 Commercial truck accidents can be devastating and fatal. According to traffic safety data, in 2020, 4,842 large trucks were involved in fatal crashes. Since trucks are so large and heavy, it makes sense that truck accidents would account for so many fatalities.

Although large trucks like tractor trailers and semis pose a significant risk on the highways, technological advancements are changing that. Just like technology has helped to improve passenger vehicle safety, it’s also being applied to commercial trucks.

Before getting into how technology is making commercial trucks safer on the roads, let’s look at why these large trucks are dangerous to start with.

Quick couplers used in the commercial trucking industry are constantly put under intense stress and pressure from heavy shock and vibration, making them prone to damage. A faulty coupling that malfunctions on the road can cause a serious accident since hydraulic systems control a truck’s suspension and steering.

When quick couplers malfunction, they tend to leak hydraulic fluid. Leaking hydraulic fluid is dangerous on many levels. For instance, standard fluid is toxic to the environment and people. There are also high costs associated with cleaning up the contamination.

To increase safety on the road, manufacturers like Stucchi USA produce heavy-duty hydraulic quick couplers. Part of the issue that creates danger is cross-connection mistakes. High-quality couplers eliminate that and other dangers. Check out their blog to learn more about how Stucchi’s couplers improve efficiency, productivity, and safety.

Although it may not seem like a big deal, it only takes a split-second distraction to cause an accident. Unfortunately, truck drivers can become easily distracted.

Multiple studies over the years confirm the seriousness of distracted truck drivers. According to the Federal Motor Carrier Safety Administration, a 2009 study found that 71% of large truck accidents were caused by distracted driving.

3. Drivers under the influence

It’s always unfortunate when a driver gets behind the wheel of a vehicle while under the influence of drugs or alcohol, but it happens. Even prescription drugs can be dangerous.

Alcohol is a depressant and distorts a person’s sense of time and space, making it hard to judge distance and react to the road. When a driver’s reaction time is slowed, it makes an accident more likely since they won’t be able to properly respond to the flow of traffic, and they might miss stop signs and speed through red lights.

Being under the influence of alcohol also makes it hard to navigate space, which is why so many drunk drivers weave in and out of traffic lanes. All of these issues are especially dangerous when the person is driving a large truck.

Truck drivers often drive for days or weeks with few breaks in the middle, and just being on the road so much can make them tired. Even a 5-hour trip can cause extreme fatigue, especially when the driver needs to meet tight delivery deadlines and can’t afford to get proper rest.

Although state and federal laws limit how many hours truckers can spend on the road before being required to take breaks, not all truckers or trucking companies follow the rules. Some trucking companies put pressure on their drivers to the point where they can’t take proper breaks.

Although truck drivers face many challenges on the road to stay safe, here are some of the ways new technology is enhancing large truck safety.

For semi-trucks with cruise control, adaptive cruise control is a game-changer. Currently, this technology is only found in high-end trucks from Freightliner and Volvo, for example. However, this feature is invaluable in terms of safety.

Semis equipped with adaptive cruise control use radar mounted to the front bumper to monitor cars moving in the same direction up to 500 feet ahead. This technology adjusts the truck’s speed accordingly, all within the boundary of the maximum speed set with cruise control.

Cameras are the foundation for just about every new driving technology. For some trucks, specifically, those made by Volvo, cameras are used in combination with radar to get a clear image of what’s around the entire vehicle. This allows the autonomous driving features to effectively disengage cruise control, reduce throttle, engage the brake, downshift, and more.

Additional cameras are mounted to the windshield to get an extra 42-degree view surrounding the truck.

Naturally, there are concerns about autonomous vehicles. There have been several major accidents, including fatalities, so skepticism is natural. However, although this technology isn’t yet perfect, the National Highway Traffic Safety Administration believes it has the potential to bring a high level of safety to the trucking industry that can’t be found with human drivers.

Since fatigued drivers often drift between lanes, trucks equipped with this basic technology are automatically in a better position in terms of safety. If a truck driver starts to drift into another lane, they’ll hear a loud sound to alert them.

Technology will determine the future of truck safety

Safety can only be created to a certain extent through skills and driving regulations. To increase safety in the future, commercial trucks will need to rely on technological advances.

Hopefully, trucks will become safer when existing safety features are combined with a more advanced version of autonomous vehicle technologies.