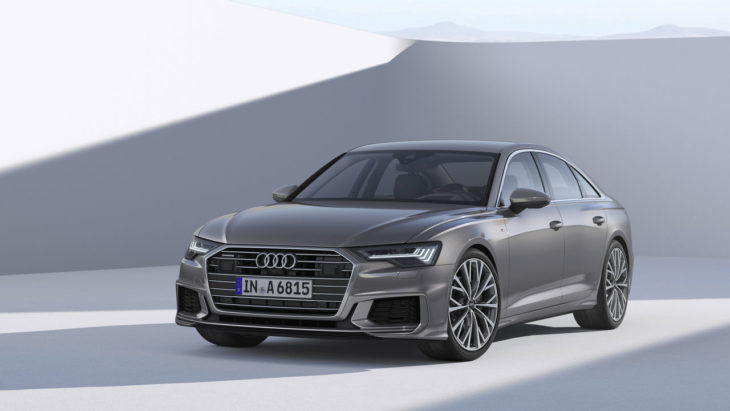 If you are ever looking for the leader in-cabin technology when it comes to a midsize luxury sedan, look no further than the Audi A6. A summation of beautifully refined ride quality, quiet powertrains, a feature-packed cabin and a hot-rod turbocharged V-6 engine, this sedan more than just deliver. As told before, the interior tech in this car is nothing short of futuristic and the overall quality in this cabin is high. On the exterior, the styling is quite anonymous so those who love to be under the radar should watch out for it. There are a lot of standard features available like the touchscreen infotainment with navigation, automated emergency braking, lane-departure warning, a panoramic sunroof, leather upholstery, genuine wood trim, and three-zone automatic climate control makes it a sweet deal overall. The features are many however, the cabin itself is quite less usable small cabin cubbies. This is a sport sedan but apart from the engine, there’s not much sport in this sedan and also the bland styling may bum off some customers who would want their commute to be a bit flashier. Speaking of its rivals among its fierce German rivals first comes the Mercedes-Benz E-Class which is closely matched to the Audi when it comes to fit and finish. It is solidly built comes with an all-wheel-drive and on the whole, is an incredibly made car in itself. There is also the BMW 5 Series which has plenty of engine options but on the whole, is older than the A6. Those looking for a stealthy, luxurious mid-size sports sedan that has plenty of appeals but at the same time slips under the radar, the Audi A6 will be all for them. Here you can read a full article about Audi A6.

There are 6 trims in total, suiting the various needs various customers might have. They are listed as below

The Premium Plus 45 trim level sits in the sweet spot as it has quite a lot of standard features which will be more than enough to tempt most of the users looking in this segment.

The A6 has two engine options powering this sedan. There is a 248-hp turbocharged 2.0-liter four-cylinder and a 335-hp turbocharged 3.0-liter V-6. While the four-cylinder is more than enough for hauling this sedan around town, the V6 does bring the sport into this sport sedan equation. Both engines are equipped with a hybrid technology that runs the engine’s stop-start system. Both powertrains have a seven-speed automatic transmission and a Quattro all-wheel-drive system as standard. The cornering ability is impressive for a sedan and the ride quality is also impressive as it should be given the fact that it is a luxury sedan. Having said that, it is best driven as such and not as a sports sedan expecting too many thrills form the sedan.

As far as Audis go, the interiors are filled with tech-laden features. The cabin all together is extremely put well with seats and armrests adorned with soft leather, nickel-finished metal trim, and rich-looking wood accents sprayed all across the cabin, the dash and doors. The secondary controls are also neatly laid out in a very simple easy-to-use, more importantly by a touch-sensitive panel under the infotainment screen to minimize distractions while driving. More on that in the later section.

The A6 can haul huge amounts of cargo with a huge trunk and also folding the back of seats if you want more space.

The MMI infotainment interface used by Audi is pretty familiar as it has been around for quite a while now. The interface offers reconfigurable menus so the driver can tweak it according to their convenience there are several optional features available like Audi’s Virtual Cockpit and a larger 10.1 touch screen in place of the standard 8.8-inch display and a 16-speaker Bang & Olufsen system in place of the standard 10-speaker audio system which although is good enough but the B&O system is recommended.

The Audi A6 has not been tested by NHTSA while there are the IIHS crash test ratings which are quite impressive and IIHS has named it a Top Safety Pick+. They are as follows

Audi offers quite a few safety and driver-assist features both as standard and optional. Some of the features are listed as below

The warranty offered by Audi is pretty average, nothing n=much to show when compared to its rivals. They are listed as below