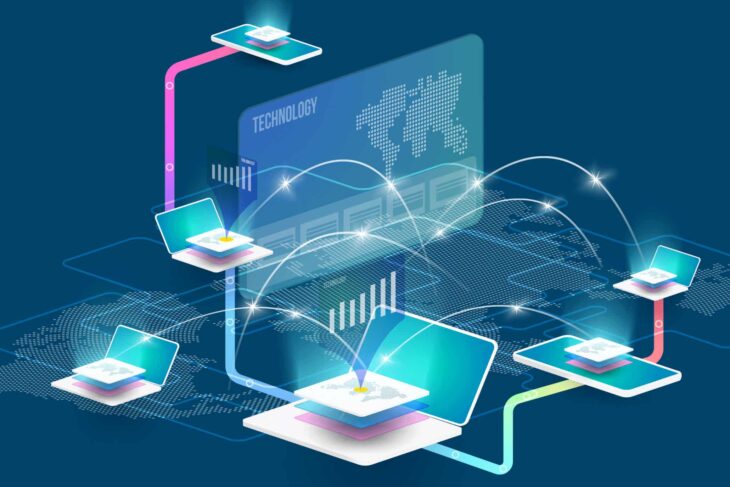 People were using their goods in the past to swap them for other goods. For example, if they have a vegetable garden, and their neighbor has crops, they are swapping them, so they both can have nutrition benefits. Later, the market demanded to invent something that will be powerful enough to bring the different types of food, services, and other goods, so they can improve the quality of their life. That was how money was invented. We are still using fiat money to buy everything we need, and to support those who are still producing their food by themselves.

As technology was taking the biggest part of our life, we were all aware that the day when everything will be virtual is not that far. Cryptocurrencies were first presented in 2009 when Bitcoin became the first decentralized digital currency. Since then, more than 6,000 altcoins are developed.

Note: Altcoin is an alternative version of Bitcoin. Some of them became standalone currencies with their rates tightly related to real money.

Bitcoins can be “found” in the cyberspace using a technology named blockchain, meaning that the miners need to solve complicated math and cryptographic tasks, so they can dig them up, withdraw to the e-wallet, and use them as it’s regulated by the laws in their country. Some countries are interested in including cryptocurrencies in their financial plans, but there are also those who are strongly against it. We can either love the crypto money or hate them, but we can’t deny that they have a strong impact on the global financial sector in so many different ways.

Here are some ways how blockchain is affecting and will affect finance today and in the future:

Blockchain technology needs to be accepted

According to codecondo.com, the last 10 years showed us that this technology is safe and reliable, but the institutions are still not ready to fully accept it. Many people still think that the safest way to work with money is to keep them in bank assets or even use cash, keeping it in an envelope at home. Some small or bigger companies are trying to implement this technology, and they are aware of the benefits of using a digital money transfer. But, the good news is that financial experts are optimistic that soon the situation will be much better, and people will put a lot of trust in cryptocurrencies.

People can earn from it

Blockchain allows us to earn and trade through a lot of legitimate platforms. Those who were skeptical, now are more open to invest and trade in Bitcoin or other crypto coins. They need to follow the market and the changes, and also the news related to it, so they can know when is the right time to invest and trade, but also, to recognize the critical moment and take a break. Many companies and clients offer to pay in cryptocurrencies, so the receiver can save them on the e-wallet and cash them out when they reach the wished rate.

The network is safe and transparent

Once you start trading and exchanging cryptos, you need to know that every activity log is saved, so no one can scam or get scammed. Blockchain is a decentralized network, transactions are secure and transparent, and it’s believed that traditional banks can learn a valuable lesson from it. If you do it through the legal and verified channels, the risk of scams is pretty low. Also, the networks are stable and don’t change too much through the time. The chance of hacking is also low and no one can manipulate the transactions. Crypto investment experts believe that governments and banks, also the whole financial sector will soon accept this way of working, so they can provide safe and trusted services to the people.

Most people have problems with the speed the transactions are proceeded in the banks, especially when they pay their bills online or purchase something through the sales websites. Many banks charge very high fees for online payments, and it’s understandable that some people have an aversion and decide to go out and buy what they need, paying the exact price they see on the price list. Also, e-banking transactions need to past a few levels of approving, which people find very disturbing, because sometimes it’s more important to send the money faster, so the recipient can get them the very same day.

Blockchain is providing fast and effective service, and that makes it better than any other money service option, especially for cross-border transactions, which can be pretty challenging. Cryptocurrency transfer is usually followed by a low fixed fee that is acceptable for both sides. It’s also simple, fast, and inexpensive, which is great.

Many countries and societies have a huge problem accepting the e-banking system and technology, because they simply, don’t trust it. Sadly, that’s the case in so many countries around the world. Also, the banks and financial institutions don’t provide a safe service, because they’re also afraid someone will attack their system and steal the money. On the other hand, blockchain is safe and stable and a lot of governments can learn from this network. Or, they can accept it and implement it in their services. Even though is 2022, many people don’t even use the ATMs because they think the machine will steal their card or won’t give them the money. That’s why we still see people going to the bank and withdraw all the money they have. Global finances can learn a valuable lesson of trustworthiness by the crypto network, and that will help them become a trusted asset for their clients.

The world and society need to be more open to accepting and adopting new technology, and that applies to finance too. During the coronavirus pandemic, a lot of people realized that they don’t have to go to the bank or to the store to buy something, because the technology is allowing us to make the transactions while we sit on the couch in the living room. Blockchain will teach the whole world how to work safely with the money, bringing a lot of benefits to the global monetary system.