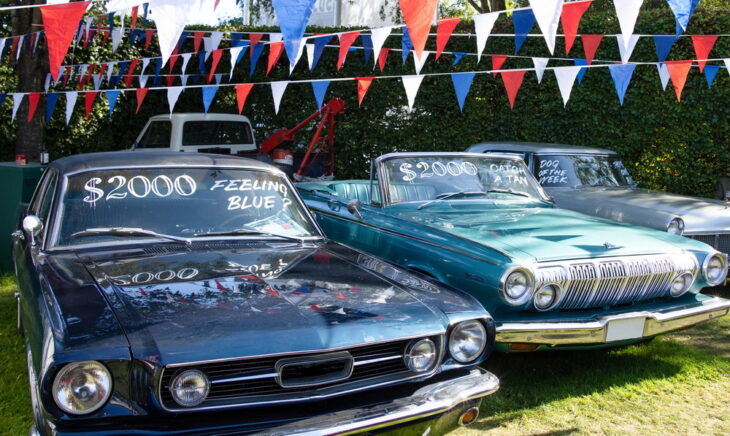 For decades we have been hearing financial experts warn against buying new cars off the dealer lot. For a whole host of reasons, they have maintained that doing so is not financially smart. But with used car prices now going through the roof, buying used may no longer offer the big financial advantages it used to. Car buyers may now be better off buying new.

The whole automotive sector has been turned on its head by a combination of the COVID crisis and ongoing supply chain issues. Prices have gone up dramatically as well. According to recent data, new car prices have gone up about 11% over the last 12 months. Used car prices are up more than 30%.

The disparity in price increases explains why buying used may no longer have such big financial advantages. Buying used may be even less advantageous if you are planning to go through a retail or wholesale dealer. Remember, dealers have to make their money on every sale.

One of the biggest criticisms of buying new from a dealer is paying for that dealer’s overhead. It costs money for the dealer to maintain their property, pay their employees, and continue paying for incoming inventory. All those costs are passed on to buyers via retail pricing.

As a result, financial experts have long said that a car can lose anywhere between 5% and 15% of its value just by being driven off the lot the first time. That lost value is wrapped up in the dealer’s overhead. It is money a buyer could not get back by immediately turning around and selling the car.

In a practical sense, this means that new car buyers have traditionally been underwater for the first two or three years of ownership. Only then does a car’s value begin to catch up with outstanding loan amounts. But even if a buyer pays cash for a new car, there is still the issue of not being able to recover overhead by reselling the car.

Financial experts are now being forced to rethink their logic thanks to soaring used car prices. According to Black Book data published in December 2022, the average price for a used car purchased from a dealer’s lot in November was $27,000. It jumped to $27,500 in December. That is a lot of money for a used car.

In fairness, we are talking late model cars that are two years old or less. But even cars in the 2-to-8-year range are selling at fairly inflated prices. So now you are back to the question of whether buying used is a better option.

Buying from a dealer leaves you with that same annoying problem of overhead. The dealer still has to maintain their property regardless of whether theysell you a new or used car. They still have sales personnel to pay and the service department to run. None of their expenses go down because theyare selling used cars instead of new.

Most people will also have to get a loan to buy a $27,000 car. And because the car is used, its intrinsic value is lower. The higher the mileage, the lower the value. That translates into lower loan amounts and potentially higher interest rates. Once you drive the car off the lot, you are still losing value.

Remove the Dealer from the Equation

One way to buy used and still come out ahead is to remove the dealer from the equation. You buy directly from current owners instead. You will still pay a hefty price in today’s tight market, but at least you will not be paying any dealer overhead. You’ll also have a bit more room to negotiate an attractive deal.

The only downside to this option is that fewer people are electing to sell their used cars themselves. Instead, they are turning to companies like California’s Car Fast Cash, a company that pays cash for cars in San Diego and Los Angeles.

Car Fast Cash and its competitors are attractive because they take the hassle out of selling a used car. Owners do not have to bother placing ads and fielding phone calls. They do not have to show the car to multiple buyers before finally landing a sale. They just make a call or send an email and that’s that. The company comes out, pays for the car, and hauls it away.

Right now, the big problem with the used car market is supply. There just aren’t enough used cars to go around. COVID and ongoing supply chain issues have seen to that. For instance, new car manufacturing still isn’t fully up to speed. Carmakers are trying to get production lines up and running again, but they are still having trouble getting their hands on the computer chips they need. Until the chip shortage ends, full production will be impossible.

The natural result of reduced production is less new stock for dealer lots. But remember that pesky overhead? Dealers have to keep selling cars to pay for it. To do that, they are looking under every rock and around every corner for used cars they can buy. Some have even taken to calling customers to ask if they want to sell back the cars that they purchased a year earlier.

In the meantime, consumers unable to buy new cars because of supply shortages are not trading in their used vehicles. It all adds up to a crazy market that is seeing used car prices spiral out of control.

When used car prices eventually stabilize, we might be able to go back to the thinking that says buying used makes more financial sense than buying new. But right now, this is not the case. Used car prices are climbing at three times the rate of new cars. At this point, buying new is the smarter decision.