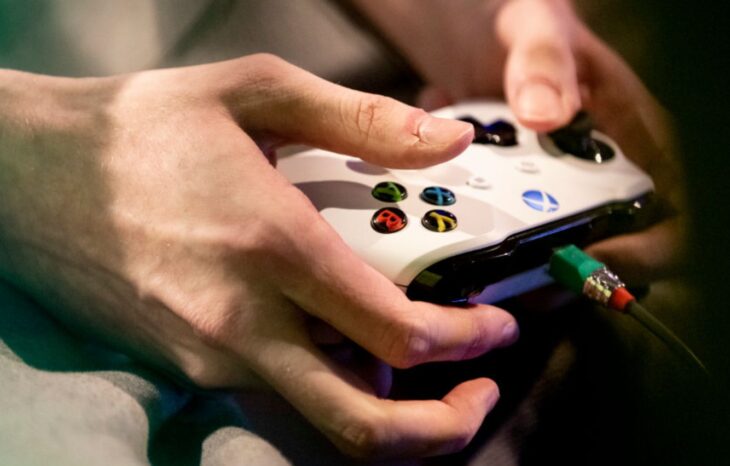 Superstition is defined as “a widely held but unjustified belief in supernatural causation leading to certain consequences of an action or event, or practice based on such belief.” If you are into playing video games you’ll understand the importance of this topic. Many gamers are obsessed with superstitions and have their rituals for good luck. Some of them are pretty common and do make sense to a certain point. But there are also the ones that are super crazy and which can’t be explained easily. Nevertheless, if gamers are using them, they must have a valid reason for it. And who knows, maybe they do affect their game in a certain way.

So today we are not going to discuss the relevance of those rituals. We are just going to make an overview of the five craziest superstitions all video gaming players have. And of course, have fun while doing it. Let’s start!

There is one technique that gamers use while catching Pokemons. We call it “the buttons” technique. The trick here is to hold down buttons to increase your odds of catching the Pokemon. This is how it goes: you see the Pokemon and you are excited and ready to throw the Pokeball. You press the button and after finally catching the little guy, you keep holding it to make sure it’ll remain closed.

Does this work? Unfortunately, no. You might feel more secure while pressing the buttons with all your strength. But there is no real evidence that this can increase your effectiveness, even though many gamers would like to hear otherwise. Furthermore, holding many buttons while your Pokemon is trapped can affect RNG, so you might want to skip this one.

This superstition is not rare at all. Some gamers have concluded that if they choose the right color while playing StarCraft II it will help them perform better. If you are one of them, you know that feeling of certainty when you choose your favorite, winning color. It’s like everything has fallen into the right place. And victory is almost inevitable.

The question is: can the color be crucial in this game? Well, we have some good news for everyone paying attention to this detail! This isn’t completely crazy. Different colors really can affect the game differently. For example, it might make more sense to choose blue color for Protoss than some other color. Blue isn’t as noticeable as orange or yellow. In situations when you want to stand out choose bright colors. And when you want to be hide go with purple or blue.

3. Knives and Jewelry Makes the Difference

Here is one more interesting ritual that some of the gamers have. Many people believe in superstitions and spells. And some of them are convinced that receiving the evil eye can cause misfortune. That way, their game performance can be affected so they want to protect themselves and make sure their game is untouchable.

How to do that? Something that can make them feel safe is owning a knife from the game. In certain cases, it is possible to order some props that are used in the game. Buying it and having it by your side can be their road to a good, long game.

Other players believe in the power of jewelry (bracelet, ring, or a necklace) with magical properties. They believe these jewelry pieces can protect them from the evil eye glance. If you believe in magic this might work for you. Evil Eye necklaces usually blue and have the shape of an eye. This color is always present because of the belief that it has a powerful impact. If you’re interested in getting an Evil Eye Necklace visit here.

4. Firing a Shot Off Can Be a Game Changer

You are playing CounterStrike and feeling very optimistic. You just bought a new gun called Desert Eagle. But you are still not ready to go. You have to fire a single-shot before moving on. Only after you’ve done this you feel secure that your game is a good one.

What is this all about? Many gamers are certain that the first few bullets in this gun are not precise. And they feel the need to get rid of them. Then they can continue using the gun and be sure it is working accurately. This may be also coming from CounterStrike 1.6 since this version had a little trick with firing single-shot. Anyway, there is no evidence that guns are more precise after firing the first few bullets, so doing this isn’t going to provide you better performance.

5. The Order is Important

This is a superstition related to all WoW fans. Some gamers share a feeling that the order of people entering the dungeon is crucial for the game. If dungeons do not follow the exact order, it might mess up everything!

True or false? Whatever players may think, there are no prooves that this is true. On the other hand, there is evidence that RNG stands behind WoW loot drops. So even though it would be nice to trick a game sometimes, you could consider that sometimes you are just luckier than some other times.

Some of the gamers are stuck so deeply in the game that they might start making some stuff up. If they believe in spells and superstitions, it can be a fatal combination. But also, some of them tend to be very intelligent (or just have some extra luck) to figure out some tips and tricks.

If you aren’t into superstitions this whole story may sound completely crazy to you. After all, it’s all just the stories we tell ourselves. But sometimes that’s enough. If you are a video game player and you feel like some of these tricks might help, why not. Maybe you’ll feel less anxious after trying some of these small rituals. If you are not a video player, we hope at least you had fun reading this. Anyway, after this, you’ll probably think twice before walking under the ladder next time.