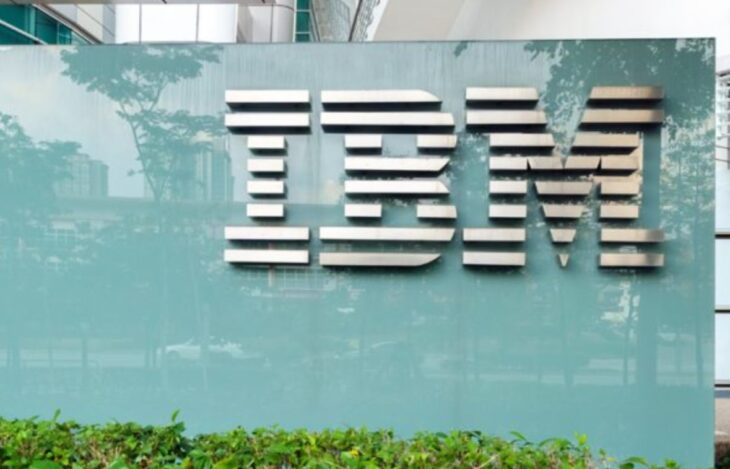 Third-quarter results were released in the shadow of IBM’s major structural announcement earlier in October.

The spinoff of managed infrastructure further facilitates this transition to a growing and more profitable company.

Skepticism toward IBM runs deep after a decade of declining revenue, but the company appears to be getting closer to returning to growth.

IBM’s platform approach begins with cloud transformation services enacted by IBM’s remaining technology services business in league with global systems integrators (which in the future will include the spun-off managed infrastructure business). IBM also contributes its applications software and middleware aligned with third-party ecosystem partners such as ServiceNow and Salesforce.com. The capstone element is integrated across Red Hat’s open hybrid cloud platform on Red Hat OpenShift.

Acquiring Red Hat was a seminal transaction; spinning off managed infrastructure is part of this shift. In the coming months, according to the CEO, IBM will work to simplify its model, increase investment in key areas, and ‘get much more into a growth mindset.’ The goal, as enunciated in mid-October, is to deliver sustainable mid-single-digit revenue growth.

IBM’s commitment to quantum computing has been obscured by cloud in recent quarters, but the commitment remains. The company announced a ‘roadmap to 2023’ for its quantum

computing project. By making the roadmap public, IBM is challenging its quantum engineers to deliver on time.

The CEO acknowledged short-term challenges, which may be why IBM chose to withhold guidance for the remainder of 2023. These short-term challenges include delays in large transactional and middleware software projects. Within this environment, IBM’s near-term strategy is to preserve cash and work to deliver operational stability.

For 3Q20, Cloud & Cognitive Software revenue of $5.6 billion grew 6% in constant currency. While cognitive applications were flat and transactional software was down 9% in constant currency, Cloud & Data platform revenue grew by 19% annually. However, that was a step down from 30% annual growth in 2Q20. Revenue growth was led by Red Hat, Cloud Paks and security. As noted, transaction processing platforms were impacted by client buying behavior in an uncertain current environment. C&CS delivered a margin of 33.0%.

Also for 3Q20, Global Business Services (GBS) revenue of $4.0 billion was down 6% year-over-year in constant currency. On the upside, GBS experienced 11% growth in signings, and the backlog returned to growth. GBS will likely face a few more quarters of soft trends in consulting and ongoing challenges in applications amid customer weakness in the 30% of the customer base sensitive to the downturn in people-facing industries.

The Global Technology Services (GTS), the bulk of which has been targeted in the spinoff, has largely run off low-return business in recent years; GTS sales were down 4% in constant currency. Backlog appears to be stabilizing; GTS is seeing fewer deals overall, but added eight $100 million-plus customers in the third quarter.

Systems revenue fell 16%, as the z15 mainframe cycle begins to turn over. Storage was down, as much storage is linked to mainframe; distributed (mid-range) storage was positive. The z15 cycle is winding down and will be a deeper headwind in 4Q20, resulting in negative comps for systems carrying well into 2023.

Management did not provide explicit guidance for 4Q20. But CFO Jim Kavanaugh noted that IBM was positioned to attain its usual 3Q-to-4Q revenue bump of about $3 billion. And the company usually sees adjusted EPS rise in the 50% range from 3Q, which this year would indicate adjusted EPS near $4. IBM will recognize the $2.3 billion charge in its adjusted 4Q20 EPS, meaning that non-GAAP EPS for 4Q20 will likely be in the $2.00 range.

Non-GAAP diluted EPS totaled $2.58, which was down 5% year-over-year from a restated $2.68 in 3Q19. Non-GAAP EPS also matched the consensus estimate.

IBM did not offer financial guidance for 4Q20 or the full year. But management signaled that it is looking for something approaching normal seasonality in the fourth quarter. IBM expects to attain its usual 3Q-to-4Q revenue bump of about $3 billion. And the company usually sees adjusted EPS rise in the 50% range from 3Q, which given the $2.56 base in 3Q20 would indicate adjusted 4Q20 EPS near $4. IBM will recognize the $2.3 billion charge in its adjusted 4Q20 EPS, meaning that non-GAAP EPS for 4Q20 will likely be in the $2.00 range.

We had been modeling a seasonally normal $4.50 or so in 4Q20 earnings, which we would have reduced to the $4.00 range given current business dynamics. Given that the $2.3 billion charge will be included in adjusted EPS.

Disposition of the managed infrastructure business, coupled with the Red Hat deal, is a sound strategic move, in our view. The IT outsourcing services provided by GTS have become commodity-like. This business faces growth and margin challenges going forward, and IBM will be stronger without it.