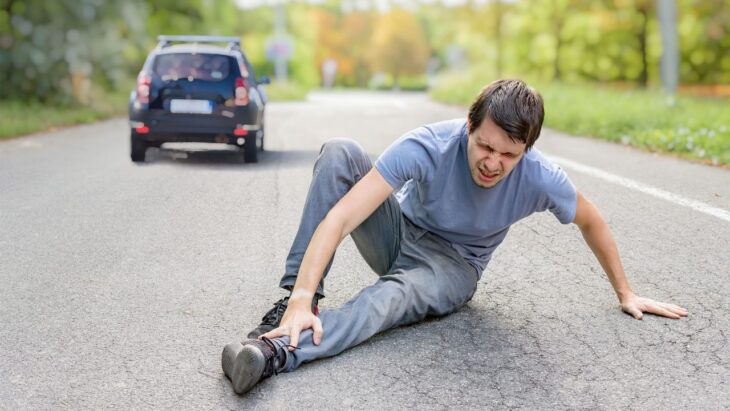 In the world of automotive laws and regulations as well as driving in general, there are numerous different types of accidents and injuries. Not every accident is the same in terms of the scenario, location, damages, and injuries, nor are they equally perceived by the law. The behavior of all the parties involved in the accident also matters and it can be the decision maker in court.

For example, this is the most obvious in hit and run accidents. As the name suggests, a hit and run accident occurs when a driver involved in a crash with another vehicle, human being, or object flees the scene without providing the requisite identification information to the injured party, witnesses, or authorities. This increases the amount of penalties and punishments for the said driver when (it is never if) they are eventually caught.

A hit-and-run accident is also treated differently by the law because of its negative connotations. According to Herman and Herman It has only recently been adopted in several states, but even before it was considered an “E felony” which means that the maximum penalty for this crime is 5 years imprisonment or a maximum fine of $5000.00. However, if someone dies as a result of said accident, then the crime automatically becomes A felony punishable by up to 25 years imprisonment or life imprisonment depending on how it all ends up in court.

The Current State of Things

With hit and run accidents, delays in getting medical attention may worsen the injuries and cause untold suffering. The fact that the driver at fault flees the scene further complicates such cases as insurance companies have no basis to form a case and proceed with the always complicated paperwork. Unfortunately, such incidents are on the rise as drivers seem to have less care and respect for others in traffic than ever before. It is hard to say what is causing such reckless and soulless behavior but it is the reality nowadays.

Because of this, it is crucial to know the steps you can take to alleviate your physical injuries and ensure you are adequately compensated if the other party pulls a hit and run after causing the accident. Keep reading to learn more about this to stay safe and get the compensation you deserve.

Here Is What to Do

Your course of action will largely depend on the severity of your injuries in the hit and run. Your main priority should be to protect your own wellbeing, and that of your passengers, and then secure your future compensation process. Remember that anything that you do after this incident can create a record that might be used as evidence in court. Consider the following to ensure you are not at fault:

Hit and run accidents are a criminal act, and as such, the authorities will be looking out for the driver at fault and charge them accordingly. You will be their number one asset in determining who they are and what they did so be ready for full cooperation if you want your compensation in the end.

Suppose the accident occurred in one of the no-fault car insurance states and meets a certain threshold with regard to the severity of injuries. In that case, your cover will take care of the medical bills, lost wages, and other financial losses regardless of who was at fault for the accident. Keep in mind that what the insurer will cover depends on individual state rules and the policy you have with them.

However, if the accident occured in an at-fault state that relies on liability-based car insurance, you will have to track and recover your losses from the hit and run driver. In case the driver is not found or has no insurance at all, you can use your uninsured motorist coverage, commonly referred to as UIM. This coverage pays for losses related to an accident when the driver at fault is uninsured. In most instances, this will be your best shot when the driver cannot be located and you are left to your own devices.

It is therefore imperative to notify your insurance company of the accident as soon as possible. Remember you can still file a personal injury lawsuit against the driver even if they are uninsured, and you should absolutely do it no matter what. If you win the case, the court may attach their assets to meet your compensation claim and you will be taken care off.

If the hit and run driver is located and has insurance, their liability coverage will meet your claims to the extent of the policy they hold. They will get additionally fined and punished for fleeing the scene and it will be easier for you throughout the whole process than it would have been had they stayed.

Get in Touch with an Attorney

Navigating the legal complexities associated with a hit and run accident can be a headache, especially if it is the first time you are dealing with legal matters. That is why you should engage with a personal injury attorney who is well versed with the state laws where the accident occurred. You want somebody experienced, professional, and with a good track record. A lawyer will help you arrive at a reasonable compensation amount that covers all your damages and guide you all the way until the end of the legal process.

A well-trained personal injury lawyer will also guide you as you explore the various options at your disposal during a hit and run accident. Do not hesitate to ask them whatever you want and be ready to cooperate. Remember that you are a team who has the same goal, get justice and have you compensated for the damages and injuries you sustained due to other person’s negligence and lack of care.