When you think about limes you will probably automatically think of a cute little green fruit that someone may have convinced you is a vegetable. The fruit is indeed used in many different types of food, especially to wash meat before you cook it. It is, therefore, an integral part of seasoning various items that you might eat and enjoy. It is also delicious when added to various beverages, most importantly, water! However, limestone is something completely different.

You likely learned about limestone (https://www.infoplease.com/encyclopedia/science/chemistry/elements/limestone) in geography when you were in high school or middle school, learning about how porous and soft the element is. You also probably found out that it has been used over the course of several centuries to provide various different cultures with a soft, important stone that could be used in construction and industry. Think of some of the gorgeous buildings that exist made of limestone marbling on the interior of the designs.

What Buildings Has It Made? 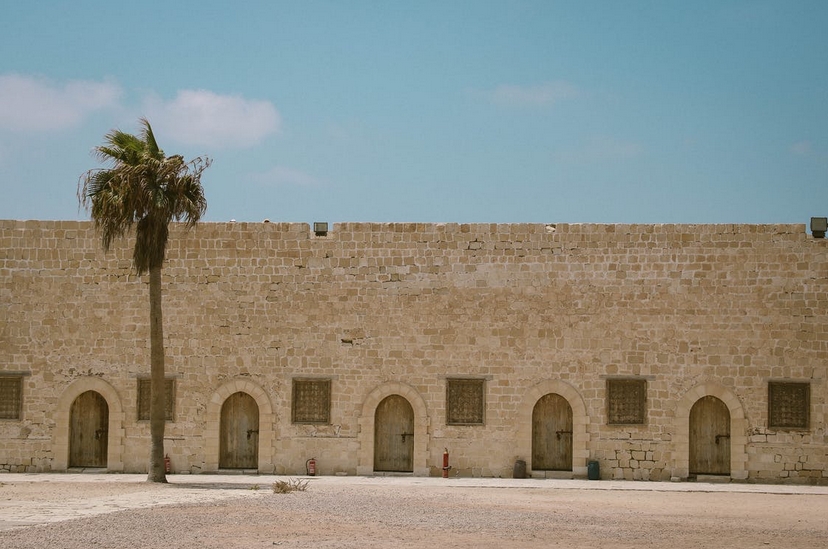 There are many incredible buildings that have been built with the rock. The most famous one is probably the Great Sphinx in Egypt. This building in Egypt was hugely impactful throughout the world because almost everyone knows about it and is amazed by it. This incredible building, made of the chemical sedimentary rock built facing directly from west to east, is the oldest known massive monumental structure in Northern Africa. It was constructed from the years 2558 — 2532 BC. Limestone is there for something that we think about without even realizing that we contemplating its majesty and greatness.

The second famous building made of this rock is the Parthenon, which is a temple dedicated to the goddess Athena in Athens, Greece. To learn more about the Parthenon, click here for a detailed discussion. It was built in 432 BC and it is the most recognizable and well-known surviving building of Classical Greece. It serves as an emblem of Greek symbolism, Western Civilization, and some of the world’s most important dedications to the Hellenic Council. The dedication to the gods at Parthenon was an incredibly important symbol and the chemical sedimentary rock is the reason that is amazing building exists!

Here in the United States, the Lincoln Memorial is built in the style of a beautiful Greek temple, just like the Parthenon we just discussed. The columns and walls of the Lincoln Memorial are made of limestone. This proves that every piece of sculpture and beautifully decorated stonework that exists in all of these temples and buildings, when made of this rock, is durable enough to show everyone the importance of the culture and the history that it represents.

Also here in the United States, The Pentagon serves as the headquarters for the United States defense department. It was constructed in World War II to symbolize the United States military and the importance of American strength. Ultimately, it serves as a performative action to intimidate, as it is known as the world’s largest office building with tens of thousands of employees, all dedicated to defending and protecting America. Well, in addition to defending and protecting they are likely plotting and planning against those who might interfere with our capitalist goals.

When it was completed in 1943, the $83 million (which would be equivalent to $1 billion in today’s money) went towards creating a government facility that was built using the chemical sedimentary rock. This means that the rock is one of the most important ancient materials but it is still incredibly useful and helpful, especially when we think about the subsistence of our species. Limestone is part of how we provide shelter and comfort to one another by building structures that protect us from the elements.

What Else Can We Do?

Limestone is one of the most durable sedimentary rocks that exist in the world. The calcium carbonate that it uses can precipitate from water. When it contains dissolved calcium, most of the rock that exists as a carbonate rock becomes and an essential building material. This is because concrete cannot exist without the chemical sedimentary rock. Therefore limestone is the most critical component when creating cement, and it is essential in the building of our roads, and also in the creation of white pigments, we enjoy in various products and items.

We probably would not have many products and processes that we now enjoy if lime water treatment was not available to improve our water. Calcium carbonate is something that we do not even consider, but it is quite possibly one of the most important materials that exist. It helps to adjust the pH of our water so that it is less acidic, or less neutral. Limestone is critical in bringing alkalinity to the water we use in both personal and industrial processes. Limestone is truly a wonder, and we should be in awe of the amazing things that we have been able to enjoy as a result of the human innovation that has encouraged us to successfully use the rock to create gorgeous buildings, cement, pigments, clean water and most importantly, symbols to our various world cultures.