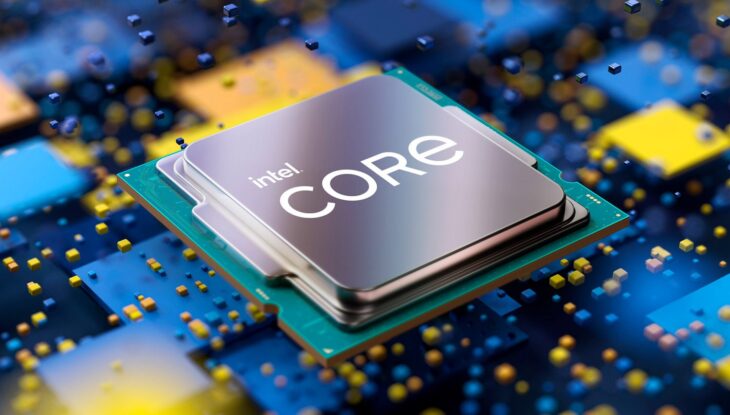 With PC building becoming one of the most common hobbies taken up so quickly over the last two years, the general understanding of processors, RAM and graphics cards have become common knowledge for some, but areas of confusion for others.

One of the basic elements of building your own computer, or the core element of any prebuilt laptop or PC, is the processor. Also known as a central processing unit (a CPU), these processors come in all shapes and sizes and with very different capacities.

The quality of a CPU’s processing power is dependent on the number of cores that it has, and this can vary all the way from a single-core CPU, to a deca-core CPU. The latter is not really seen in casual PC builds but is seen more in manufacturer settings or as part of supercomputers for larger establishments.

Top brands of processors are always trying to deliver the best processing power to their consumers’ machines, and two of the most popular brands for CPU’s are AMD Ryzen and Intel.

What is the i series?

The i series is the name for the most popular line of Intel processors that launched back in 2007. Rather than just being referred to as the i series, it also goes by the name of Intel Core processors. The Core processors were launched to bring higher processing power to personal computers for both the public and private sectors.

As time has gone on, the Core processors have expanded to include up to twelve generations, with the twelfth actually launching sometime next year. Additionally, processors are further differentiated by the type of i series processor that they are. This is usually indicated by the number that follows the i.

What are the different types of i series processors?

The i series has expanded to include the i3, the i5, the i7 and the i9. Processors are usually named quite lengthily, and this can sometimes confuse people that are unfamiliar with how processors work.

Let’s look at an example from Intel and break down its categories: the Core i5 7300U is a good one to start with.

The ‘Core i’ indicates the series of processors that it is; here, we know we are looking at an Intel iSeries Core processor. Followed by that, we have the number 5 which indicates the power, or the capacity of the processor.

Finally, the ‘U’ is a key indicator of the performance of the processor. Here, it means ultra-low-power and while it can be energy-saving, it doesn’t work very well for heavy editing software or even any intermediate gaming.

The performance of the processors typically depends on which type of i series you get. If you get something high end, like the i9, your processor will be able to run multiple heavy applications at once, and will likely be most suitable for digital creators and video editors.

Lower performing series like the i3 are usually great for low-budget student laptops, and will typically not take up a lot of power, which is why they usually fit into laptops without a fan. This means that they are the go-to processor for slim, portable laptops; marketed mostly at students.

Which generation is best for me?

To decide which generation of Intel Core processors is best for you, you first need to consider specifically what you will be using it for.

If you know that you’re going to be streaming and running high-quality games at over 120 frames-per-second, for example, then you’ll definitely need at least 7th or 8th gen for your computer. Any less and your machine will probably struggle to run your programs.

Similarly, it is important to remember that these new-gen processors will come with more cores and better hyper-threading technology, meaning that your wallet will definitely feel the sting with the new models. So, if you know that you won’t be using your machine to carry out heavy-duty tasks that require a lot of processing power, then it’s probably a good idea to look for lower-generation models that cost less and run with less power. Remember, the lower the cores, the lower the price!

Another great tip is to pay attention to the full name of the processor to figure out exactly which one is best for you. You can get 8th gen and 9th gen Intel i series processors that are much cheaper than others in their generation, if you choose to go for ultra-low power or low core processors.

These can be identified with either a ‘U’ suffix or a ‘Y’ suffix at the end of the processor number. The technology will still be newer, but with less processing power than the standard models within that generation of processors.

Alternatively, processors with a ‘K’ suffix are the highest performing processor in that generation.

Where can you buy i series processors?

There, you can also filter through the exact spec of the processor that you’re looking for and order by price, just to make sure you get the best bargain.