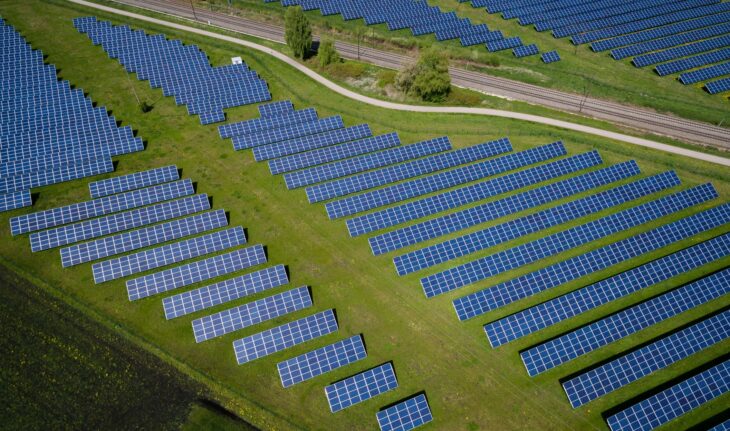 The usage of alternative power resources such as solar energy has been on the rise for a decent period and facilities able to harvest that type of energy have been sprouting in abundance all across the globe. Not only that energy provided by the sun is more environmentally friendly than the one extracted from the non-renewable energy sources, but the holding capacity of renewable energy sources is incomparable to that of fossil fuels. Yet, even though the use of solar power has surged considerably in the last few decades, the part it has in global energy usage is still modest.

There is not a single aspect of one’s life that remains untouched either directly or indirectly by the biggest and most important star of our solar system. Not only does the Sun affect the plants and animals, provides warmth and precious light, but it also delivers serious amounts of solar energy to the earth’s surface where it may be harvested via solar panel, transferred into electrical energy, and stored to be deployed and used afterward.

Two main types of renewable powers are solar energy and wind energy. Usually, the solar energy is collected via the solar panels tactically deployed in the areas exposed to the considerable sun activity, while wind power harvesting commonly requires the installation of particular windmills specially designed to accumulate the energy acquired by rotation of the rotor and its blades. The energy is preserved afterward and stored for future use. Both of these types of energy harvesting have almost no impact on the wildlife of their surroundings, therefore proving to be environmentally friendly options when it comes to the means of energy acquisition. Apart from these two, popular alternative power sources are geothermal energy, hydro energy, nuclear, and the energy contained in the biomass. About these and about other popular ways of energy collecting varieties you may read more at clean-energy-ideas.

How Do We Harvest Solar Energy

The most commonly used way of harvesting solar energy is via solar panels. The solar panels may considerably warry in terms of size, and the surface of the panels proportionally conditions the amount of energy that may be harvested. What is important to mention when talking about the structure of the panels are the solar cells or PV cells that make the surface of the solar panel and receive the energy from photons reaching its surface. Thanks to the constituents of the solar cell, the action happening in there when the photon reaches the PV cell and react with the semi-conductors and connects with their disk, creates an interruption of equilibrium in the deficiency region. At the same time, that cations cause a short flow of electricity. Considering the constant presence of light, the repetition of these processes is fluctuant therefore producing the energy as long there is a light source. Since slight communication in the deficiency zone can be repeated and magnified, a considerable amount of energy can be accumulated. The energy produced by the solar cells is in the form of DC power. For the energy acquired to be suitable for home usage and usage by all sort of appliances in general, the DC power needs to be converted to AC power. Namely, an inverter is used for this purpose. Multiple modifications have been made and are still going on to optimize the usage of both PV cells and the general productivity of solar panels.

Although renewable sources of energy become more and more popular all over the world, two countries with the highest population are one of the leading factors when it comes to the utilization of solar energy, making China number one, and India the third on the list of renewably-electricity markets. For example, China has expanded its storage capacities for solar energy making it a more invested segment of the industry regarding energy than nuclear, gas and coal industry combined. On the other hand, it has the capacity for accumulating solar energy as colossal as Germany and France would have if they combined theirs. What is also important to notice is that although the developed countries are the leading factors in this type of expertise, even underdeveloped countries impact the global market and their presence and effect they cause are not to be neglected.

Numerous countries decide to invest in renewable energy sources, and at the time speaking it is more affordable than ever. That has been potentiated product by both Chinese producers and suppliers that can give competitive prices thanks to the benefits of mass production. To put a stop on the import of Chinese merchandise, a great number of European countries, as well as the USA have imposed higher taxes regarding this type of commodities. No matter the imposts, the utilization of the solar panels and other Sun energy accumulation devices thrives.

Generally, biofuels remain the most exploited source of consumable energy provider. To do right for the sake of global wellbeing, different countries are expanding their infrastructure to maintain and amplify the benefits of this type of energy usage. The benefits of this type power accumulating are available to regular citizens. Namely, smaller variants of the solar panels modified to save energy and store it for certain household use are a not so rarely happening appearance and proves to be a good investment on the long run. Therefore, citizens show not only a high sense of awareness and understanding that their small effort can be of great assistance to the world that we live in, but also, they can save a certain amount of money economizing the means of power spending.

Living in an era where alternative ways of gathering and utilizing energy are available and affordable to a great number of people is a form of luxury that has never been more available. Failing to be a part of it by either directly producing it or sharing the word of its benefits would be an opportunity missed Hence, try not to miss the chance to do something grandeur for both mankind, our planet and yourself.