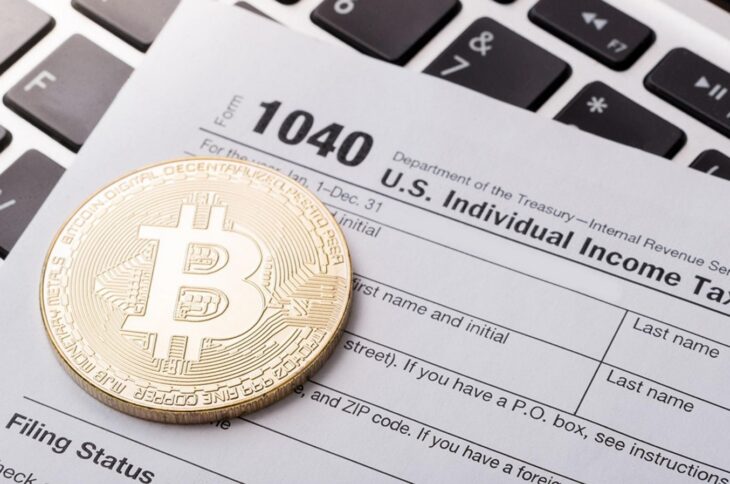 As if taxes aren’t already devastatingly complicated enough, now you have to include your profits and losses from cryptocurrencies. If you are lucky enough to be a citizen of Malta, Portugal, Germany, Slovenia, Singapore, Malaysia, Belarus, and Switzerland then you have nothing to worry about since these countries don’t tax digital money profits. Everyone else, for the first time this year will find a new question on their tax returns about buying, selling, or acquiring cryptocurrencies in any other way. Let’s try to navigate new tax regulations, how to file crypto income, which transactions are taxable, and the consequences for failure to report them.

The IRS classifies cryptocurrency as property since 2014 which means that you, or your bookkeeper, need to figure out the market value of your digital currency on the date of the transaction. Needless to say, this requires you to keep track of all virtual receipts since it would be difficult to go back in time and calculate fair market value each time, especially if you did a lot of trading. How to determine market value? Convert your cryptocurrencies into the US dollars for the rate it was going for on that specific date. This is your fair market value.

Internal Revenue Service recognized cryptocurrencies six years ago, in 2014, but included them on Schedule 1 five years after, in 2019. Does this mean that you are under obligation to pay taxes starting from 2014? Yes. Unfortunately, IRS has got you on the hook to pay all back taxes. In fact, everyone who made any cryptocurrency transactions in the past years got a reminder letter from the IRS to file amended taxes. It sounds nightmarish, but you would have to backtrack all cryptocurrency trading you’ve done and calculate their value in US dollars.

Is Cryptocurrency a Capital Asset?

The answer to this question is important because taxes on capital assets go up to 20% of your income, which takes a huge chunk from your profits. So, keep reading. Capital assets are major investments owned by an individual or a company that is expected to generate a long-term income, such as a house, cars, heavy machinery, buildings, etc. It’s also called “fixed asset” and generally represents everything besides inventory and accounts receivables. Capital assets can be short-term or long-term assets.

Some of you might remember the infamous “house flipping” that began during a recession in 2008 which generated huge income for some folks who grabbed the chance to capitalize on foreclosed homes. A person buys a house that’s way below market value, fix it up a bit, and then quickly sells it for profit. If the time between purchasing and selling the house is less than 1 year, this is considered to be a short-term capital asset and the tax is 20% of the profit. If the time elapsed between the two transactions is more than 1 year, or 365 days to be precise, then it’s classified as a long-term capital asset and taxes go down to 5% or 10%.

The same goes for Bitcoin and other cryptocurrencies. If you bought and sold your digital currencies for cash, traded for another cryptocurrency, or used it for purchases in the last year you are bound to pay taxes. However, if you just move cryptos from one e-wallet to another, give it away as a gift, or if you buy and hold, you don’t need to pay any taxes since there are no profits accrued.

Forks will create you a taxable income, according to the IRS. Here’s the logic behind it. When blockchain splits into two chains, the new coins created to hold the same value as the original one. The government looks at this like money fell into your lap. Forked new currency just created an income for you for which you’re supposed to pay taxes, even if you hold onto it. This is especially important for Bitcoin owners. In 2017, when Bitcoin Cash was created and dropped to anyone who held Bitcoin in their wallets. Many failed to report this as an income, so make sure you correct this on your tax returns. To learn more about preparing to file taxes for Bitcoin go to bitcoinscycle.com

Airdrops are freebies that are randomly dropped from time to time. However, they are, together with any giveaways, considered to be ordinary income and as such are subject to taxes.

Mining might become a thing of the past very soon thanks to the tax burden imposed by the new regulations. For example, you spent $5000 of electricity for mining, and get a reward in coins worth $7000. The difference, that $ 2K, is considered to be a capital asset and you have to report it as income. After mining, if coins lose their value to, let’s say $4500, you will be out for $500, but you still need to pay taxes on your capital gain which was $2000. That’s how mining became one of the riskiest actions, that can get you into a lose-lose clinch.

As far as staking cryptocurrencies go, the IRS simplified the transaction regulating it as an ordinary income; something like accrued interest from your savings. When putting up your crypto as collateral, the rewards you get from the network is considered a taxable income. If an exchange is handling this for you, splitting the income, then you just pay taxes to the share you received.

There are two regulatory bodies that keep an eye on your overseas transactions: Foreign Bank & Financial Accounts (FBAR) and Foreign Account Tax Compliance Act (Facta). FBAR is monitoring every transaction over $10K, while The Facta has a higher threshold of $50K. However, this applies to cash and securities. Cryptocurrencies are “properties”, so any coins that you have outside of the US soil you are not obliged to report. Still, many CPAs will urge you to reveal the income and transactions anyways, and for this, you should further consult with your accountant.

Even though cryptocurrency exchange markets are free markets not regulated by any government in the world, there are still some rules that you are required to follow by law. Your taxes can be small, but failing to report them can result in severe penalties by the IRS. As Franklin said – two things are certain in life: death and taxes. Don’t sweep it under the carpet as it will catch up with you eventually, so it’s better to take care of it sooner rather than later.