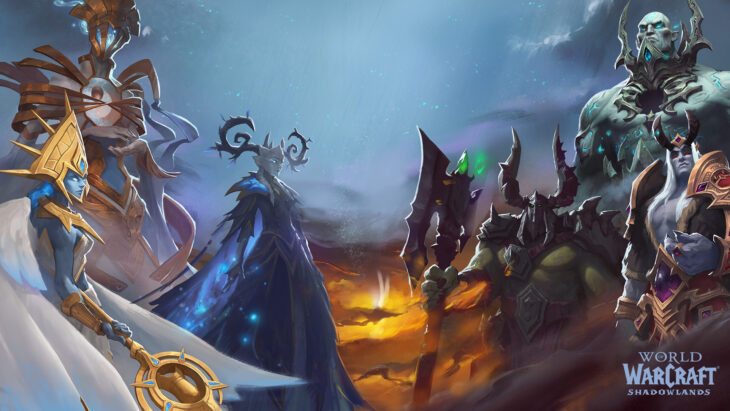 World of Warcraft is one of the most famous and most played MMORPG games out there. It has years behind it and such a big following that it is hard to wrap your head around it.

With games that have this much popularity and this much fan and player base, you can expect that it will be some corner-cutting when it comes to progression in the game. We mainly are focusing on the player progression or levelling up that is commonly known as boosting.

This is not something new and it has been around the gaming industry for a while and it has, for some, been a method of a great income. Players that have regularly levelled up their character and that have years of experience, contests and whatnot are considered professionals in the game. These people often have two, three or more accounts where they try to level up all of their characters to have them sold, or to have them help others level up fast.

When you have 1000+ hours of playtime in this game or any other for that matter, it is only logical that you will learn about a few shortcuts to glory and you will master several other things that can help you earn some cash in real or in a virtual world.

1. What is a boosting service?

To put it very shortly and concise, boosting service is a process of levelling up your character or advancing your character by participating in the game content that is currently out of your, and your skillset reach. This is levelling through in-game content like raiding, mythic plus keys, PvP and others. As we already said this isn’t anything new and it has been happening in WoW since vanilla just not as legitimately as it is nowadays. Back then it was called power levelling and it was considered gold farming and gold-selling and it worked in a way that you pay service and someone plays your character. The most common scenario was that a live player would play your account back then, but there were instances that those services you paid used bot software, AI if you like, and it would play and level your account up. Since then many things changed and botting and account sharing has now become against Blizzard’s Terms and Services which means it is not legit and it may end with a banned or deleted account.

Nowadays players have become smart and found a way to make these things legitimate. The entire process is a lot more civilized and a lot more professional, and it means that you effectively play the game by yourself. Player carries offer you a chance to play with other real players that are always over-geared and overpowered and can easily carry other low-level players to victory and easy XP – hence the named player carries. It has got so good over time that you can either partake in content, tag along and learn the fights, or you can even go AFK at the beginning of the dungeons and receive all of the in-game loot. The downside to this is that many see this as a pay-to-win thing and, honestly, it really will not get you that far away in a case where you are looking to join a raider guild where you need real tactics, fights, bosses, the mechanics of playing your class and so on.

This should be your main concern when it comes to carrying or boosting services. For most players this is what they do, this is what they love, some maybe make a living out of playing and streaming this game. Having your account banned or deleted might impact you in these ways negatively and you need to know if this is against Blizzard TOS. Like we already mentioned, stay away from botting services because these are 100% against ToS and account sharing is as well. As long as you are self-playing your character through in-game mechanics and content, and as long as you are not using another person to play your account for you, you are safe and the entire situation is relatively straightforward as far as Blizzard Terms of Services.

Most of you probably don’t know this but the company offers character boost as well, and most wonder why not just buy from them? If they are selling these this might be as legit as possible! Well, the fact is that by doing this Blizzard is trying to exclude the middle man in the entire process and make all of this as clean and legitimate as possible. With this move Blizzard is trying to improve a few things in this area and they have managed to do so where with them you have a seamless-as-possible transaction and more efficient customer services which is awesome when it comes to things like this. If the price difference isn’t that big you could opt for this kind of character boost and just be sure that nothing bad will fall upon you and your account in future.

The fact that you are skipping on a lot of learning and a lot of experience with mechanics, fights and learning the way your character and its faction are supposed to fight will be shown over time. It is mostly shown after you reach the desired level with boosting and you start to play on your own from there. It will be frustrating for you and all of your companions. You will not know what to do, when to do, how to do it and you will, in most cases, induce rage in more experienced players that will succumb to roasting you instead of having understanding. This can be very detrimental for your playtime, it can damage the love for the game and it can potentially make you into a raging and disrespectful gamer.