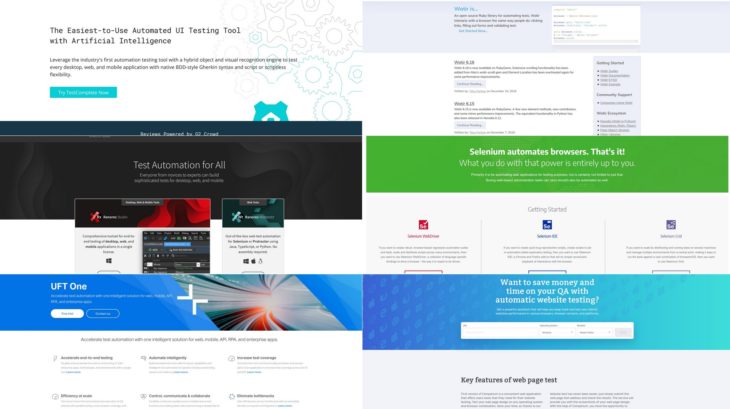 Since many companies today are using some personal software for easier control over their business, or they are companies that are creating new apps and programs, they need to have decent testing software. Having a good testing software is necessary for checking and optimizing all programs that you are using at your company.

However, many companies are developing various tools for testing software, and it is not so easy to choose the right one for your needs. There are different configurations, and according to that, your software requires the compatible testing tool. In this article, we are going to present to you some of the best testing software tools for 2022.

Selenium is a very popular solution for testing of applications and software. Its main function is to underline all of the functional processes of some program, which also includes the automation processes. This testing tool is compatible with most of the most popular internet browsers and platforms.

Some of the most important functions that Selenium can offer to its users are parallel testing, lesser need for resources, and high compatibility. Furthermore, this program is also compatible with various programming languages, such as Python, Java, C++, JavaScript, and many more.

A Squish is testing software that is using a technology of cross-platform testing, which also includes the implementation of GUI and tests for automation and functionality on various devices such as smartphones, desktop applications, and web platforms.

The biggest advantage of using the Squish testing tool is that it is compatible with most of the other GUI services, and it can provide you with a better output of test dialogues. It is also user-friendly and reliable, which is the main reason for its popularity.

Ranorex is one of the most popular testing software currently, with almost 5000 companies that are using it. Also, many companies that are developing new apps and web platforms are choosing this program because it is very reliable and simple to use.

Some of the best features of Ranorex are guaranteed functionality of object classification, and the ability to integrate with other tools such as Jenkins, Jira, Travis, TestRail, and many other similar programs. You can also perform a cross-testing of various software with this tool.

TestComplete represents another great testing software that is capable of checking the functionality of various platforms, such as smartphone applications, web platforms, and websites, along with desktop apps. It is very efficient since it runs tests on more than 1500 various conditions.

The main features of the TestComplete testing tool are its compatibility with UI and most of the common programming languages such as C, Python, JavaScript, and many more. Additionally, it is also available to perform parallel tests on different types of apps like .Net, iOS, and Android.

This testing tool is simple for use since it does not require any programming concepts because LEAPWORK is capable of testing any program with its single flow procedure. Also, it can scan visuals and perform tests according to the behavior of websites in various conditions.

Worksoft Certify is another reliable and strong testing tool that many big companies are using for testing of functionality and security of their personal software. This tool can perform compliance testing, scale testing, validation testing, and measurement testing.

Some of the best advantages of using Worksoft Certify is that you don’t need any previous scripts of testing, it has a very simple and user-friendly interface, and it is compatible with all of the popular platforms, operating systems, and web browsers.

Watir is a testing tool in the form of a web program that is capable of running cross-platform tests. It is also an open-source and free program. Besides, Watir is compatible with various platforms and you can use it on your PC, macOS, Android, and iOS devices.

From many advantages, we have to mention that this testing software requires a small number of resources, and it is very much user-friendly, where even the beginners could test their websites without any issues.

LambdaTest is one of the most popular platforms for testing of web software, with more than 30000 satisfied users. It is a platform that is using cross browsing and parallel browsing in various conditions. Also, it is using automation scripts and more than 2000 combinations on various browsers and operating systems.

HP UFT is one of the leaders in the program testing of various platforms. You can use this software testing tool on most platforms, such as Flex, Java, Oracle, SAP, Net, ActiveX, Visual Basic, Mobile, and many more. This testing tool is using the VBScript for its language for dialogues, and it is also connected with the Test Management Tool and Performance Testing Tool, the Load Runner.

Some of the most useful functions of HP UFT are XML support, business process testing, and frameworks with a keyword. From other features, we have to mention that this software can use data files as test data, it can perform tests from some previous scripts, and to test management tools from summaries.