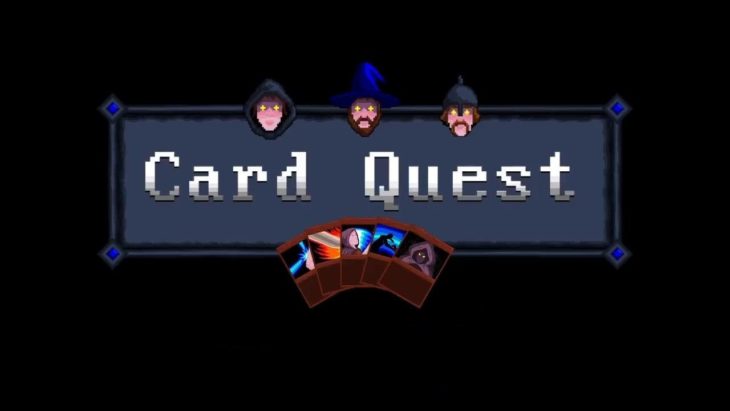 Card games are getting more and more popular this year, and there are new games coming out regularly. Whether they are deckbuilding, living, or collectible card games, you have probably come across one of them already. Even though the game called Card Quest has a name that is not so memorable, it is an extremely intriguing mobile game that you should not skip over. This dungeon-crawler is still very complex even though it is a mobile card game. It comes with a retro 90s atmosphere, and its aesthetics will make you nostalgic for the old RPG games.

This game features very detailed sprites, but they lack animations. Your enemies bounce around slightly before attacking you, which is manifested in them threateningly sliding toward you.

Since there are a large number of enemies, we can see why there are no individual animations because each enemy comes with several sprite variations.

If you appreciate the old-school RPG style, then this game is excellent for you. Card Quest has some dungeon-crawler rules that are paired with deckbuilding as well as card combat to enrich the strategy.

Card Quest is similar to another famous game called Into the Breach in a way that both of them come with limited tools and incredibly difficult tasks. The decks that you get are a combination of cards that represent your fighting style and gear. There are attack cards that include your tactics, weapon of choice, and your abilities. This way, you can customize the tactics that you use without having to fill the deck with separate cards.

The cards limit your choices in every turn, and in combat, you have to manage the attacks the best way you can with the cards that you have. A class-specific pool, along with your stamina, decides how you can fight in every turn. You can also recharge the counters or get new cards.

Order of playing is important because some cards are chained together, while other ones are chainbreakers. It is important to note that different enemies have different powers and abilities. You may also come across some magical effects during the game. If you want to last long in this game, you will have to use your abilities to dodge or block attacks, as well as weaken or stun your enemies. There are tutorial levels to help you practice your moves. Even though these levels are sometimes annoying, they are worth playing because they give you bonus gear as well as knowledge.

What sets this game apart from the typical RPG battles is the focus on the defense during combat. Your player dodges attacks and dances around in order to redirect them. Card Quest looks almost cinematic, even with its weak animations. The quests that you will have to take while playing are made up of many stages. There are decision trees that branch out depending on what choices you made. Any choice you make will bring you different enemies and a big fight at the end. With every stage, there are individual battles, so there is always some surprise waiting for you. These stages always come with a big fight at the end, which really tests your skills.

Card Quest is a game that has permadeath, which makes the experience even more challenging and interesting because the stakes become higher. There are also some procedural elements in the quests. When it comes to failure, there is an option of trying again. Even if you repeat some earlier acts, the game does not become boring because you need to think through your strategy carefully. Random opponents, as well as elements in cards, may put you at a disadvantage, so there is a lot to think about.

When you advance in levels, you get new cards that do different things, which are not necessarily more powerful. If you get cards that offer you new styles of attack, that means that you will probably also need new tactics. For example, you may get a new sword, but it can cost you more stamina than before. It can also hit harder in one of your chains, so you will need to plan in advance if you decide to use that card. You need to be very smart in order to use the new tools and weapons coming your way.