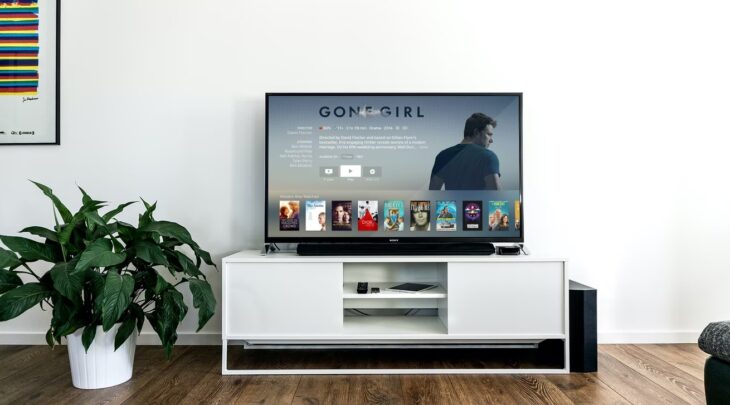 Do you want to enjoy movies and TV shows in the comfort of your home? You can with a home theater system. A home theater is made up of many parts and pieces that all work together to create an immersive experience for viewers. It’s possible to set up a complete system with just a few thousand dollars, but we’ll show you how it’s done on whatever budget you have!

We’ll start with the basics: what you need to set up a home theater system. It’s not as complicated as it sounds! You can get started by reading this article and we will tell you everything that is required to enjoy your favorite movies and TV shows in high definition sound and picture quality, from one room of your home.

What You Need to Set Up a Home Theater System

Home theaters are expensive, so it’s important to know what you need before beginning a set up. You will need a TV or video projector and a receiver which is capable of playing all sound formats while also being compatible with the other components in your system. On top of this, speakers and subwoofers should be placed around the room for optimal surround effect listening experience. As well as having multiple sources such as blu-ray players, DVD players, CD players (and even record players), there needs to be an input that can send audio from these devices into the receiver along with access to another source like cable television or online streaming services.

To ensure everything works correctly: make sure each component has its own power switch, plug in all devices before turning on the receiver, and remember to turn down any volume levels.

How to Position the Speakers for Surround Effect

The most important component of a home theater system is the Surround Sound System speakers, and each needs to be placed correctly for optimal sound quality. The front three speakers should sit directly in front at about ear height facing toward the middle of the room. They also need to be set up so that they are all equal distance from where you will be sitting as well as being equal distances apart form one another. If your receiver has bass management built-in then there must not be any crossover filters on those channels because this can affect their output level and frequency response curve if it’s too low or high respectively. You will find out how much deviation between speaker levels is acceptable by checking with product documentation, but usually no more than 0db difference over an octave is recommended.

The center channel should sit directly in front of the viewers at about eye level and behind or above any display device you are using, while also being equal distance between each speaker in the home theater system. The side surround speakers will need to be set up so that they are equidistant from one another on either side of where your ears would normally sit if it were a single person watching television or playing video games. They can be placed low for ear height when seated but usually higher than normal listening levels is preferred because this helps with sound localization which makes panning effects heard more clearly by making them seem closer to real life sounds originating outside our heads instead of inside them like typical stereo do. Finally, the subwoofer will need to be placed near any rear speakers and in a corner if possible. This is because bass frequencies are non-directional, meaning they bounce off walls very well which makes the sound seem more apparent when you sit with your back toward it.

Start by turning on all devices you plan to use before powering up the receiver if at all possible. Then start by connecting everything from most important components like blu ray players or cable boxes first while also grouping them together into one zone that belongs to either HDMI inputs or optical/coaxial connectors respectively. You can then move connecting auxiliary equipment such as CD players or video game consoles to the next zone while getting out any speaker wire you plan on using. Make sure each connection is labeled with tags or writing so that it’s clear what goes where, and finally connect your receiver for everything to be accessible through one remote control device.

You will need access to cable television through your Best Surround Sound System for Samsung Smart TV or online streaming services in order to watch them through your home theater system. This can usually be done by connecting a coaxial output from either of these sources into an input found on most modern receivers which then converts this signal into other formats like optical audio if needed before sending it off as surround sound over HDMI cables to speakers placed around the room accordingly. If you don’t have enough digital inputs available than RCA connectors are also used because they are able to carry the same type of analog audio signals which can be used with devices like record players or video game consoles instead.

You may also need to invest in some HDMI splitters if your home theater system requires more than one player at a time for watching movies, sports events, etc. This is because most receivers only have one output that supports pass through modes meaning it will either allow everything connected directly into its input ports to play on screen simultaneously through different zones via matrixed surround sound speakers and subwoofer systems OR send all incoming content from those inputs as two-channel stereo signal out over the main zone’s speaker configuration depending on how much you paid for your receiver model. If this sounds confusing don’t worry too much about it since HDMI splitters are available for cheap and will allow you to use multiple devices simultaneously while only running one cable into the receiver.

Once all components have been connected properly, simply turn on each device in order starting with your blu-ray player or streaming box by making sure they’re plugged in and turned on before switching everything else on as well which should be easy if done according to how important it is for them so that no mistakes get made when powering up. Then sit back relax because congratulations! You now own a home theater system capable of playing whatever content you choose at any time through surround sound speakers placed perfectly around the room based upon the best possible listening position. Now enjoy yourself without worrying about except what movie or TV show you want to watch, or what game you want to play next. And walkermcguire.com offers advice on choosing the right system for you.