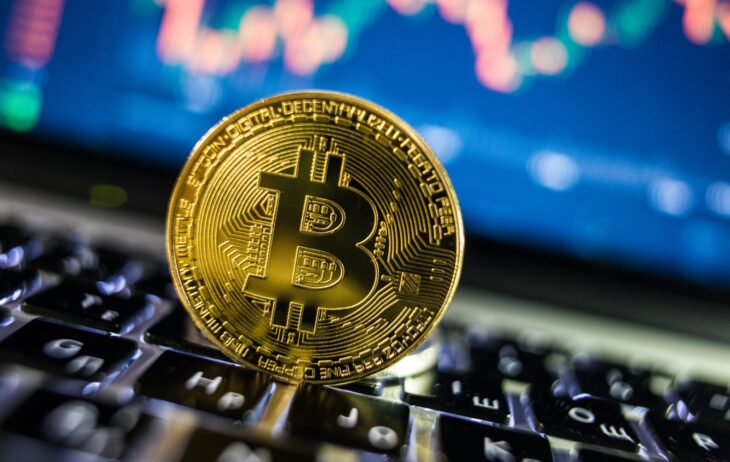 Lately, news media has been flooded with experts and investors pronouncing Bitcoin a failed experiment. This is nothing new, negative media attention has been around cryptocurrencies since day one. Still, Bitcoin and other cryptos keep proving the public wrong year after year. The fact is that there have been some fluctuations in the virtual exchange markets that gave naysayers a lot of material to declare Bitcoin extinguished. However, virtual currencies endured changes and it looks like they are here to stay. Here’s why cryptocurrencies are the future of money.

Bitcoin gives you complete freedom and control over your funds. When making any kind of payments online there is always a financial institution between the customer and merchant to take their cut – wire fees, cashing fees, or any other fees you can name – banks already came up with it to add to your payment. With Bitcoin, transactions are made directly from consumer to retailer or service provider, without the third party. Right now, this is the only way how you can make online transactions directly to the retailer. There are no hidden fees attached, and you’ll always know how much your total will be. Of course, the whole mechanism of financial institutions despises this concept, since it will cut their profits by large. This is one of the reasons for the whole smearing campaign against Bitcoin and cryptocurrencies in general.

Businesses used to shy away from the Bitcoin, staying on the sidelines for years just waiting to see if it’s going to prove itself as the secure form of payments. Since it is still around, large corporations started accepting it as a payment method. Retailers make their profit by either lowering the costs or by rising prices. Bitcoin significantly lowered businesses’ transaction costs, eliminating credit card and wire transfer fees that sometimes went as high as 5%. Since big businesses make big money, we can see that when applied to multimillion-dollar profit it comes up to millions in earnings. In short, corporations love it, and started using it more and more, some of them almost eliminating the use of traditional bank accounts.

Unless an apocalypse ensues and we are left without any sources of electricity on Earth, so that the computers stop working, blockchain is literally immortal. Some computer somewhere in the world will always be running nodes, and the cryptos will continue to circulate. This concept is still not accepted by some old-school traders on the traditional exchange markets. Bitcoin is considered an uncharted territory, something floating in cyberspace that can not be seen like paper money, and highly unpredictable and volatile. However, it’s starting slowly to pave the way to some investors who found the way and are experienced enough to see profits in that kind of fluctuating markets. The argument against Bitcoin has been repeated over and over on mainstream media news – it is not backed up by any concrete collateral that can ensure its longevity and value. This is another thorn in the eyes of the bankers since there is no way to impose their game rules on an unregulated market. There are no profits there for them, and they are quick to slam it for being a virtual, or nonexistent currency. Speculators on Wall Street have no trust in cryptocurrencies, and that is largely the reason why some large companies have not entered the crypto markets yet. When you combine that with fear and confusion that surrounds Bitcoin, you’ll get some CEOs cringing at the very mentioning of cryptocurrencies.

Inflation is a huge problem for many countries, known to destroy economies and push nations into poverty. Financial organizations still haven’t found an effective way to fight this economic phenomenon, and usually, solve the problems by closing down their businesses. Bitcoin is not affected by inflation except in the beginning when it was created. Back in 2010, 21 million Bitcoins were released and the number is more or less still the same. The value of the cryptocurrency is dictated by the number of coins available and is controlled by its creator. Simply, the laws of demand and supply determine the price. There will never be so many Bitcoins available to cause inflation. Also, cryptocurrencies are not tied to any specific government, thus the policies and the economies of any country do not affect them.

When it comes to the protection of personal data, cryptocurrencies are the absolute number one in the financial industry. Safety and security of users’ passwords, bank accounts, credit cards, and social security numbers have top-notch protection in the network. Hackers never penetrated databases or put in jeopardy in any way personal information of the users. This is why some educational institutions overwhelmed with privacy breaches took notice and switched to using blockchain.

Regardless of the panic screams of news networks about how the Bitcoin bubble is about to burst causing financial devastation of its users, crypto money is seeing more and more supporters every year. The fear of the unknown currency is starting to wear off and knowledge begins to crawl in instead. People are the number one reason why Bitcoin will survive. Once the regular folks gain valid information on the freedom Bitcoin gives them, there will be no stopping it. Big players in the corporate world will have no choice but to follow since many largely depend on the common consumers Bitcoin survived the most important period in its cyber life – the first ten years. It’s been a rough ride for sure, but weathering the storms was something it couldn’t be spared of. Through it all it grew in a number of customers and value, proving to everyone that it’s not a one-time wonder. As more people learn about the way it works, the more popularity it gains. As everything new that shows up on the market it had to go through the period of doubtfulness, but in this case, time did tell that it was worth it. In short, the advantages of using the Bitcoin are undisputable making it the currency of the future.. On ways to buy, sell and trade Bitcoin visit https://btc-gemini.com/.