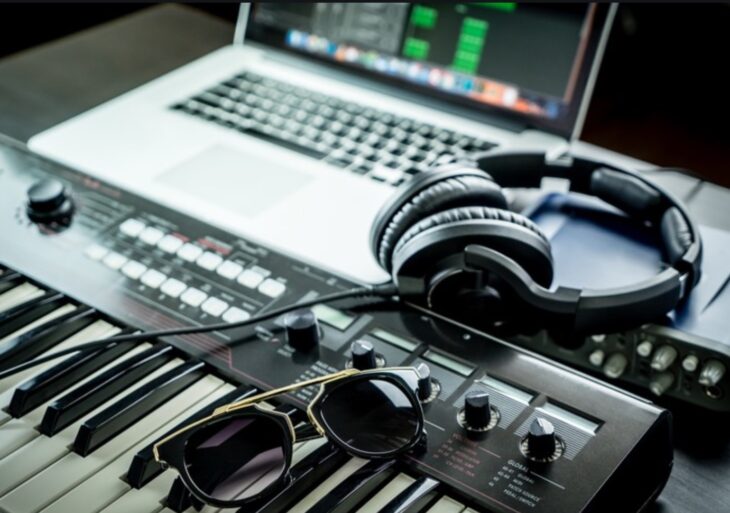 Music, an art that expresses feelings, moods, and attitudes with its sounds, pushes boundaries. Life without this art is unthinkable because it is present in everyday life, even when we are not aware of it – for example, as a background in plays and movies. The basic technical elements are rhythm, melody, and harmony. There are many musical directions today so that every person in the world can find a tune that is pleasing to their ears, the same tune that will evoke their deepest feelings and help them feel better.

Although music seems so simple to us, and we often take it for granted, it is one of the most complex and fascinating things in our universe. Based on mathematical principles, the very fact that waves of certain frequencies can be combined to create a melody that will please our ears is quite amazing. Music is something that is built into the physical structure of our world. It derives from the same laws of physics and mathematics on which our entire world within molecules and atoms is based. So, to understand music, you need to know everything about the complexity of the physical laws that govern the world.

You will often hear that music speaks a universal language and that its energy transcends all boundaries. It is also a medium that expresses unspoken feelings, and it has been scientifically proven that its creation has a positive effect on the brain. Those who create it say that it brings them all the freedom of the world because it allows improvisations, and even the emergence of completely new musical directions.

In addition to the human factor, the development of technology plays a very important role in the development of music. The electronic music scene has benefited the most from the modernization and increasing availability of production technology, which has grown into a global music phenomenon thanks to technological advances. The development of DAW recording software has revolutionized today’s music scene. According to Music Critic, DAW software is truly a powerful tool that is capable of mixing, recording, and mastering music tracks. Famous DJs say that production in this musical sphere is not much different from any other. The arrangements are different, but the producer is equally required to have music education as well as knowledge of techniques and instruments. Even this type of music has seen great progress in recent years – although many DJs still use gramophone records to play music, more and more are using modern technologies, software, and controllers that offer mixing synchronization. In other words, even if you don’t know how to mix “beat on the beat”, the software will do it for you.

How else has the development of technology affected music? We have all downloaded a document, movie, or song from the Internet at least once in our lives. However, new technology has allowed us to view some content in a much easier way, and that is to use streaming. Streaming, unlike progressive content downloading, allows you to access content without having to download it first. For example, when you want to listen to a song via Youtube, you can listen to it right away and you don’t have to wait for the song to be fully downloaded from the Internet and stored on your device first. Access speed is the most attractive feature of streaming; in today’s fast-paced world, we all want to easily and quickly access the content we want.

Another innovation in the world of music is easysplitter.com. It is an innovative technology that makes it easier for musicians because in a very quick and easy way it manages to divide the song into 4 components, namely vocals, instruments, bass, and drums. In addition to being useful for singers and DJs, these applications are good for making karaoke when you want to have a lot of fun with friends.

The computer has long been an instrument, but the latest software that uses artificial intelligence makes it an “artist”. Music artists have already started releasing albums created with the help of artificial intelligence software, and the first among them was a YouTube star who used software for open-source composers and music producers. In a creative process that processes, information in a computer – the length of the music, the tempo and the key – Tarin Sadern gives the software the task of producing a composition. Then she arranged different parts of the composition, to finally create the final structured song. This debut was therefore celebrated as “the first album to be produced entirely with artificial intelligence”.

Another simple example of how technology is advancing is the increasingly rare purchase of music CDs, because, as already mentioned, almost all music works accompanied by the original video can be found on YouTube or other similar services. Best of all, music artists continue to profit, even more than by selling CDs, because every visitor raises the artist’s earnings.

We will touch on another effect that is becoming increasingly popular – autotune. Many people compare this effect to the use of Photoshop in photography – everyone uses it, but no one wants to admit it. So, autotune is a popular vocal effect that started to be used 30 years ago. Some also call it “Cher effect”, because it was used for the first time in her song “Believe”. Either way, this effect enjoys great popularity in the world of music, especially in certain genres such as rap and dance-pop.

We have seen that thanks to the advancement of technology, new musical directions have appeared, and at the same time the work of the musicians themselves has been significantly facilitated. In addition to influencing the development of music itself, technology has also influenced its promotion and availability. Just remember Justin Bieber who was discovered thanks to his YouTube channel where he was posting his music videos when he was spotted by famous manager Scooter Brown and soared into the world of celebrities. However, when we talk about technology as a factor with a positive impact on music, we must say that it also has its negative sides, and that is piracy, due to which artists lose millions of dollars in revenue.