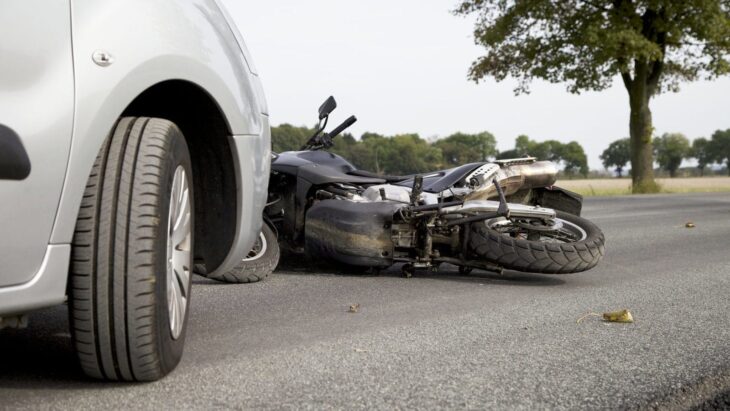 It’s no secret that motorcycles have higher fatality rates than other motor vehicles. Each year, nearly 5,000 motorcyclists are killed in crashes – a gross overrepresentation of the population.

Some of this is explainable because of the lack of protection associated with motorcycle riding. Traditional cars are surrounded by thick metal walls designed with safety in mind; if you’re involved in a collision, these structures will crumple to reduce the shock of impact and ultimately keep you safe. You’ll also be protected by seatbelts and airbags to prevent you from being hurt. But on a motorcycle, there are no such safety features; you’re likely to be thrown to the pavement even while traveling at low speeds.

Fortunately, a wave of new technology is emerging to reduce motorcycle accident rates – and keep riders safer when they’re on the road.

Most new technologies are specifically designed to address specific flaws or problems related to motorcycles. They’re intended to reduce or eliminate the factors that lead to such high motorcycle accident rates to begin with.

Let’s examine them in turn:

According to Brauns Law, only one-quarter of motorcycle accidents involve the motorcyclist exclusively; the remaining three-quarters of accidents involve other drivers, and most of the time, these other drivers are in some way at fault. Why? Part of the explanation for this is the fact that motorcycles are often hard to see. If a bike is in your blind spot, or if you’re not paying careful attention to the road, you might swerve into it accidentally or even run into it directly. New tech incorporating adaptive headlights can mitigate this; soon, vehicle-to-vehicle communication may make low visibility a problem of the past.

People love motorcycles in part because of their incredible speed. They can often accelerate quicker and reach higher top speeds than their motor vehicle counterparts. Understandably, increased speed leads to increased risk; the faster you go, the less control you have and the longer it takes to come to a complete stop. Fortunately, the rise of anti-lock braking systems can mitigate this.

Motorcycles also tend to be more maneuverable than bigger, broader vehicles. They can handle tight turns, swerve adeptly, and demonstrate agility in a variety of situations. However, this increased maneuverability can lead motorcyclists to overestimate their own abilities or confidently tackle risky curves. Turning too sharply can easily cause an inexperienced rider to lose control. Automatic clutch and shifts, along with electronic throttle controls, can reduce risk here.

Speaking of inexperience, inexperienced riders often have difficulty controlling these agile and responsive vehicles. If you’re not in full control of the vehicle during a high-risk situation, you may be unable to recover. The best way to overcome this is through practice – and exercising extra caution during your early days of riding. Better electronic sensors and informational equipment can make even inexperienced riders more aware of their surroundings.

Bad weather can make any driver in any vehicle more likely to be involved in an accident. Snow and ice can reduce traction and make it harder to control a vehicle. Rain can reduce visibility and lead to skidding. And fog reduces visibility significantly. Any of these conditions can greatly increase the risk of a motorcycle accident, so should be avoided when possible. Anti-lock braking systems, tire pressure monitors, and other high-tech equipment can help riders in a variety of conditions.

All it takes is a single moment of distraction for a driver to fail to see a motorcyclist in their vicinity. If someone glances down at a cell phone or spends too long looking at a billboard, they could drift into another lane and crash into a motorcyclist head on. The only way to counter this is to be alert and aware of your surroundings at all times, and to watch out for negligent drivers. Unfortunately, no technology can eliminate this problem; but better protective technology, like clothing with built-in airbags, can keep riders safer in the event of a crash.

Motorcycles are complex machines that require significant upkeep to remain in good condition. It’s your responsibility as a motorcycle driver to maintain yours, changing the tires, replacing fluids, and making repairs as necessary to avoid a malfunction. If you don’t, your bike may fail you when you need it most. Better onboard sensors and alert systems can notify riders when it’s time to correct a mechanical failure.

Lane splitting is legal in many areas, allowing motorcyclists to ride between lanes of traffic to ease congestion. If done properly, this is a safe and efficient maneuver. However, there are a few possible complications resulting from this practice. Some drivers aren’t aware of the practice of lane splitting and may drive unpredictably, resulting in a motorcyclist crashing through no fault of their own. And some motorcyclists may try to split lanes in an area where it isn’t allowed, not knowing that laws vary across the country. Electronic signage and smarter road systems are key technologies to avoid accidents from this factor.

The effects of alcohol consumption on road safety have been clearly demonstrated and widely known for decades. Consuming alcohol reduces your reaction time, worsens your judgment, and impairs your senses. These effects are even more powerful when you’re riding a motorcycle, due to the high speeds, sharp maneuverability, lack of visibility, and other factors. Of course, motorcyclists aren’t inherently more likely to drink alcohol and drive than other drivers – and other drunk drivers can be even more dangerous to motorcyclists on the road. Better vehicle-to-vehicle communication can possibly alert riders to negligent drivers before it’s too late.

As you can see, many of the factors leading to higher motorcycle accident rates are being addressed with new, innovative safety-focused technologies. That said, simply obeying traffic laws, improving your visibility, and keeping your motorcycle in good condition can drastically reduce your rate of being involved in an accident.

Even the safest and most experienced motorcyclist can be involved in a collision. Accordingly, it’s important to invest in your own protection. Whenever riding a motorcycle, make sure you wear a full helmet, long-sleeved, heavy-duty clothing, and other pads as you deem necessary – and take advantage of all the protections the latest technologies have to offer.