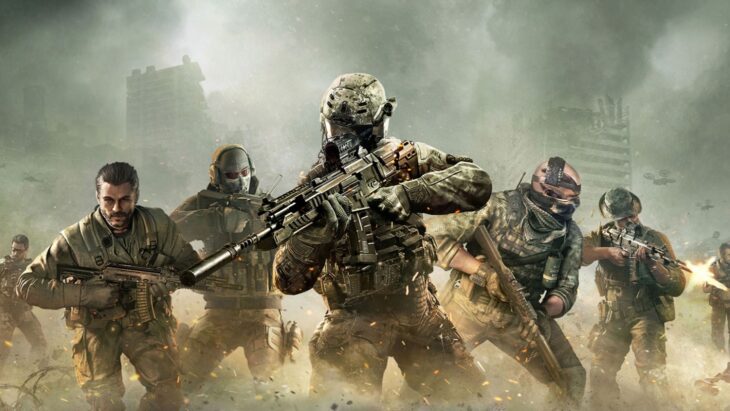 Call of Duty released its own version of Battle Royale, an update to Modern Warfare – Warzone, where up to 150 players get to take part in the final battle. Getting there has become increasingly difficult, so we are bringing you a few tips that might help, as well as a few things in Call of Duty that doesn’t make sense and you should stay clear of.

Making unnecessary noise in a multiplayer shooting game is going to give away your position without causing any damage to the enemy. The element of surprise is the key in Warzone, so making a rattle and revealing your position, will give your enemy an advantage. Also, if you see the opponent that’s too far away, it’s usually not worth the shooting since you will cause little to no damage to him while exposing your place on the map.

Cash can sometimes be a matter of life or death in Modern Warfare. When you’re playing with the squad, always make sure that you have at least $50K in case you need to bring back your brothers-in-arms. Even though it’s expensive, it’s still worth it having your teammates by your side when going into Warzone. Otherwise, you are doomed if you end up going into battles by yourself. Cash can also be used at the Buy Stations for self-revival kits and Armor plates. Be smart with balancing your wallet, since it can ensure your survival in the match.

The solo mode is available but not advisable. If you end up in Verdansk by yourself surrounded by numerous squads it’s an obvious disadvantage. They can revive each other if nothing else. Even if your squad is made out of complete strangers, it’s still better then going into battle alone.

When you find custom loadouts from the rest of the multiplayer, if you capture it it’s yours. This is the only way to get ahold of some perks in Warzone, so take full advantage of it. If you downloaded Warzone for free without purchasing Modern Warfare, you have no way of getting any loadouts. However, if you have the base game, you can purchase a Modern Warfare boost that can give you the advantage of having some extra weapons. For the wide array of available rifles, read more here.

In the most shoot out games, the player at the beginning is left bare-handed, without any weapons. He then needs to find the strangest ones in order to get to some decent rifles. In Warzone, players are given a pistol at the beginning, so they have at least some sort of chance to defend themselves. However, try to get ahold of the bigger and better arms quickly, because teams around you are probably already fully equipped for the battle.

Contracts are vital in Warzone since they can potentially bring you loads of cash. There are two types of contracts. One will give you some loot, the other ones some quick cash. In either way, accept them since you’re going to need both cash and weapons. Also, if you stumble upon a contract that puts a bounty on the opponent’s head, go for it seeing that you’ll get a ton of money quickly.

If a player ends up dead for the first time in the game, he is sent to Gulag where he can battle other fallen soldiers. If they win, they are revived close to his teammates. This is a great way of giving a second chance that was added to Warzone. There are no guarantees that he will succeed, but it’s definitely worth a shot and a nice touch by “Infinity Ward”.

If you played Call of Duty before you will certainly recognize some map areas that were reused in Warfare. This can give you a little advantage since you already know what lies ahead in some spots. However, some players have complained that incorporating maps from previous games like Black Ops, and Black Ops Blackout mode, make no sense geographically. In a new Warzone, the feeling is that battles are just a few miles away from each other, while in previous games it gave a sense that those were completely different areas hundreds or thousands of miles apart.

9. The mystery of the bunkers

If you played Warzone, you already realized that phones and computers are pretty much useless. Now, bunkers come into play seemingly with the same problem. When you get close to them, they beep and require a code in order to open. No one ever came into the possession of a code that could possibly open them; thus no one knows what’s really hiding inside. Also, computers and phones do not interact with bunkers, so the three are probably not connected.

Vehicles in Warzone are very weak and flimsy. They can’t sustain any serious damage, but a few bullets before exploding into pieces. If you happen to hit another vehicle, or a building, your vehicle is done. Not to say that they are completely useless, you can still transport your crew in them, just don’t use them as weapons to run over your opponents.

In every Battle Royale game, there is a ring or an area on the map that slowly encloses pushing players to battle each other quickly and more efficiently for their place in the final battle. In Warzone this would be a gas ring that for many Call of Duty players doesn’t make much sense. First of all, it doesn’t seem realistic that only one area is drowning in toxic gas, while others stay intact. It’s also not clear who and why is spreading the gas, for what purposes exactly, and if it can be stopped. Also, soldiers are not equipped with gas masks leaving them to find them. Even when they do, they are given about fifteen seconds before disintegrating. When a player enters the ring, his vision becomes hazy right away, giving him about ten seconds to live. This was certainly one of the biggest complaints among players.