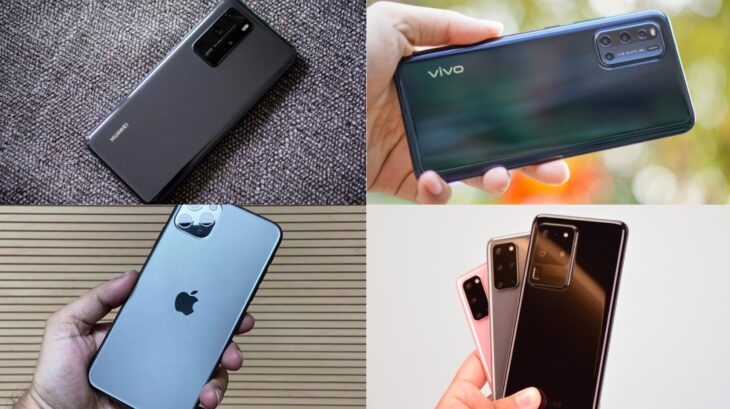 Smartphones today are on the rise, especially those that have the ability to take stunning photos. It’s important to choose the right model because there are a lot of cameras available on the market today. Some models are more expensive, so you need to make sure you know exactly what features you need. When it comes to phone cameras, the most important feature is the lens. This will determine the quality of both the image and videos you take through your cell phone.

If you’re going to buy a photography mobile phone, make sure you read up on it so you know what you’re getting into before buying. Think about whether or not you need the latest features and if new cameras are worth the extra expense. If you plan to keep it for a long time, it’s okay to pay a bit more for the more advanced model if you plan on taking pictures often.

Even if you don’t know how to use digital cameras, many people do have a basic understanding of how to get the best pictures. Photography cell phones such as TCL 10 Pro UK are perfect for anyone who likes to take pictures, especially when they’re on-the-go. It’s a lot of fun to snap pictures and show them off to your friends and family. You can even use these mobile phones to take photos of your products, should you venture into online selling. There’s a lot of room for creativity when it comes to using your cell phone to take pictures of places that you would not normally be able to photograph.

If you look at even entry-level smartphones these days, you will find impressive looking camera specifications on them. However, merely having a 48mp or a 64mp lens doesn’t make for great smartphone photography. Multiple other factors such as the aperture, the size of the camera lens, etc. also come into play. To help you sort through the average and find the best photography mobile phones available in the Philippines today, we have compiled a brief list for smartphone photography enthusiasts. This list features the best smartphones in the market that you can purchase to enhance your photography experience.

Vivi has emerged as a competitive smartphone brand in the contemporary market. According to vivoglobal.ph, the Vivo V 19 and the V19 Neo have surprisingly good camera modules for the price. The original V19 came out in March, but the Neo, with its more affordable price tag, was only released in the Philippines. The brand, based out of Dongguan China, claims to have one of the best cameras in the mid-range smartphones.  Both of the mid-tier smartphones share the standard rear cameras as detailed next:

⦁    The mobile phone has an attractive design.

⦁    The AMOLED display that the company offers is amazing and portrays vivid images.

⦁    Apart from the quad-camera setup at the rear end, the 32 MP front camera is also good.

Apple is the most well-known brand in the smartphone industry. Not only in gadgets, but Apple is also known as the most profitable company in the world. It might have fallen short in their camera department in 2018, but they have avoided this mistake in 2019. Most experts agree that the Apple iPhone 11 Pro’s tri-camera setup produces some of the best photos anyone has ever seen from a smartphone camera. The specs are detailed as follows:

⦁    The night mode of the camera is incredible.

⦁    The charging speed is good.

⦁    It stands out in overall performance.

This entry might be a surprise for many readers. Is Google Pixel 4 XL the best smartphone that you can buy right now? No, it is not. However, there is no other Android smartphone that can still match up to the Pixel 4 XL’s amazing camera quality. People claim that Google lacks innovation when they speak about its camera. In todays time, when companies are featuring multiple camera lenses on their device, the Google Pixel 4 XL has a dual-camera setup with a selfie camera of only 8 Megapixels. To think that it only just has two cameras; the least number out of the five here! Check out all the lens details below:

⦁    The phone is sturdy and feels firm in hand.

⦁    The camera quality is impressive.

⦁    It does not have expandable memory

⦁    It does not include a fingerprint sensor

⦁    The FM radio is missing in the product

This China-based brand is also very well known among the masses. The Huawei P40 pro deserves more attention than it gets at the moment, unfortunately, but that is to be expected, given the current circumstances with Google. The brand remains underrated as the limelight always falls upon other more famous brands of smartphones. Nevertheless, the P40 Pro has three of 2023’s best performing mobile smartphone cameras ever. Check the specs out below:

⦁    It has a fantastic display.

⦁    The camera is the best as per the price.

The arch-nemesis to Apple, Samsung is the most purchased Android smartphone brand. The amazing specs of the Galaxy S20 Ultra would have placed it higher on this list, had it not been for the software inconsistencies, and a 100x zoom claim that only produces blurry pixels! Nevertheless, it is one of the most capable smartphones with one of the most powerful headset of smartphone cameras on its back. When it does work, the S20 Ultra can produce amazing pictures that can rival the iPhone 11 Pro. We have the camera specs for you below:

⦁    The cameras are versatile.

⦁    The best performance in an android smartphone

Mobile phone cameras have come a very long way in the last decade. From a mere 2-3 megapixel setup, you can purchase a smartphone today that features at least four cameras of different range. There is no doubt that the more money you pay, the higher are your chances of finding a smartphone camera that can rival even DSLRs under good lighting. However, that is not always the situation. Sometimes, even certain mid-rangers such as the Vivo V19, as mentioned above, can surpass smartphones that belong to a much higher price segment. Follow the above details to purchase your next smartphone. If you want a camera oriented mobile phone, then the best options of the year are available above.