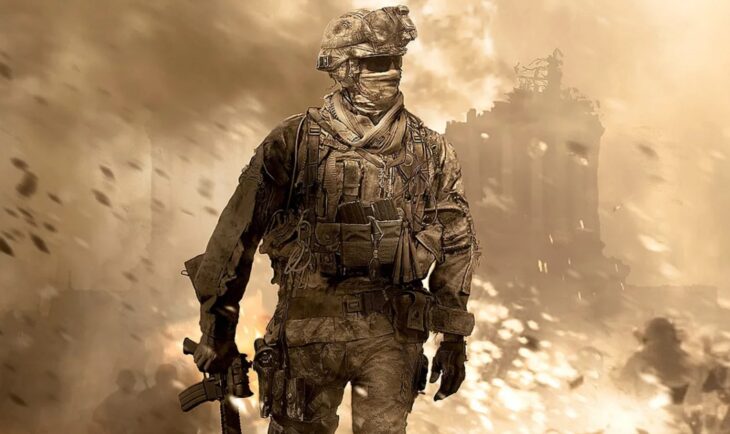 Call of Duty is, without a doubt, one of the best-known franchises in the world of gaming. Since the first title was released back in 2003, it could be seen that the game will be one of the best games of its generation. The first title followed three protagonists, American, British, and Soviet soldiers against the Axis. This game was one of the first that gave us the possibility of seeing the three different perspectives. This is a virtue that was Call of Duty exclusive for a long time.

The first three entries in the franchise showed us some of the historical battles that occurred in the European, African, and Asian front. We could see all the horrors and heroisms that happen in the war. Later in the franchise, we can see that the setting was changed from historical WWII battles into modern times, and in some cases, almost Sci-Fi setting.

Due to its variety, the franchise established itself as one of the best known in the world, this is not something we can doubt. At the same time, its games are available for all of the gaming platforms. Also, we can see that in the later titles, players have the opportunity to buy online content that can improve the overall gaming experience. This content is truly amazing, and we can see that players are ecstatic about some guns and gear.

These are especially characteristic of the latest game, Call of Duty: Modern Warfare and they are called Modern Warfare boost. If you are interested in taking a look at some of these contents, visit this website. We cannot help ourselves but asking the question of why is this franchise so popular for almost two decades since it was introduced. There are a couple of reasons for that. We are going to present them to you now. Without further ado, let’s begin.

Alongside Medal of Honor, Call of Duty is going to be remembered as a franchise that depicted some of the best-known historical battles in WWII. At the same time, we could take some history lessons from the battle in Normandy, battles on the African front, and US war against Japan. However, it should be said all of these battles were represented in a highly realistic way. The same can be said about the titles that followed the first three Call of Duty games.

Also, it should be said that the equipment that can be seen in games is very well researched and depicted in the proper way. All of the guns are historically accurate, in all of their elements, from the number of bullets to the burst potential. We can see that many gamers point out the reality in these games to be the best in the gaming industry. We cannot help ourselves but agree with this statement. Without a doubt, this is one of the reasons that made this game what it is now.

All of us remember the good old times where the best-known multiplayer FPS was Counter-Strike 1.5. Even though Counter-Strike is a popular game in this day and age, we can see that Call of Duty games has the most popular multiplayer in the world. There are, literally, countless players that participate in these games on numerous servers all over the world. Since this is the case, it is not a surprise to anyone that these games have the most popular multiplayer of them all.

Also, it can be said that the co-op potential for multiplayer in this game is exceptional. You will be able to implement countless different tactics in order to win at a match. Also, the environment is perfect, so you will have a plethora of possibilities when it comes to attacking and defending. At the same time, the system is not based on rounds, like the one we can see with Counter-Strike, instead, you will respawn the moment you are killed. So, you will not have to wait until the round is ended before you are able to participate once again.

3. Future Installments are a Must

As you can presume, the most important element that decides the future of a game or a franchise is the money that the company will earn on its sales. This is not something that should surprise us since gaming is an industry that needs to pay for the development of the games and for all other expenses. Therefore, earning a significant amount of money from the sales of the game itself and the additional content have a pivotal role in deciding the game’s future.

The latest game in the franchise, Call of Duty: Modern Warfare, generated $1 billion in revenue for Activision, the company that stood behind the project in a couple of months. As we’ve mentioned, the additional content is there to provide additional money from the company. The conclusion is that CoD, as a franchise, is here to stay. You can count on that the future games will be even better than the older ones, which means that their popularity is not going anywhere, even in 2022.

Since we’ve provided you with information about the money the latest installment in the franchise managed to obtain in only a couple of months, there is the question of multiplayer becoming completely free. We can even see some signs when the Activision decided to offer some free multiplayer weekends to its player. We cannot but ask ourselves, what if the revenue goes so much up that the multiplayer becomes completely free? We can bet that this will influence the rise of the game’s popularity.

The success of this franchise is the main drive force of this company, so the question of free multiplayer should be posted, right? We can even see that some other games already this trend. Just to be clear, we are talking about some of the most popular games in the world as of today. Therefore, we have absolutely no doubt that this move would make these games much more popular than they are in 2022.