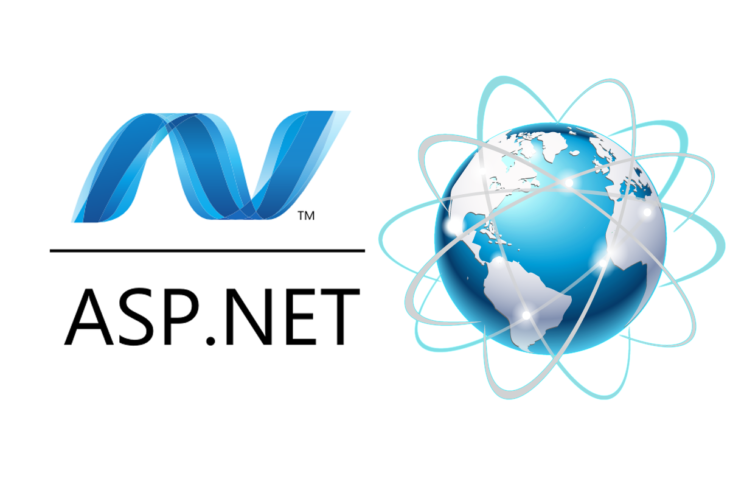 For those who aren’t really handy at web development, finding the best framework oftentimes may seem like rocket science. Different methodologies, libraries, tools, processes, ecosystems, and an array of hard-to-understand things that eventually let you do the same thing: click on different options on a website.

Bad jokes aside, things can get complicated, and it’s understandable for site owners to get somewhat baffled by the myriad of choices they have.

And even though there are several frameworks to choose from, there are always a few that stand out. For example, the .NET family has always been a “fan favorite”, and now, with the launch of ASP.Net Core, Microsoft gave its users the option of easier high-performance web app development on other platforms as well.

Apart from that, the open-source framework features and great functionality it sports also allows for building breathtaking cloud-based sites.

With the latest launch of ASP.Net Core, Microsoft has also chosen the path of Windows providing users with the option of web application development on other platforms. The high-performance, cross-platform, open-source framework features, cutting-edge functionality allows developers to cloud-based web applications.

Beforehand, ASP.Net4.x has been also caused a huge bang among developer circles across the globe, but with the release of Core, you get an upgraded version of the platform, with a leaner and more modular architectural structure.

What are the benefits of the framework and how ASP.Net development agency, such as popwebdesign.net, can help you create a powerful, reliable website for your business, find out in the text below.

Without a second thought, we can say that ASP.Net Core is a true powerhouse of a framework that sports advanced features paving the way for simple and yet efficient web development. It’s a cross-platform, high performance for modern/cloud-based applications which allows you to:

These all sound nice, however, there’s more. Below we will discuss a few reasons why online site owners would want to consider choosing ASP.Net Core for building their next modern and scalable application.

To begin with, one of the main reasons why ASP.Net managed to become so popular among developers and site owners is the fact that it sports an open-source code. With the framework code being available on GitHub, anyone can review, contribute, and modify the platform, pushing it to its limits, introducing new features, improve its functionality, and so on.

Secondly, there’s a huge online community behind the framework which will usually only result in faster and more seamless app development.

When you’re dealing with an open-source option, the improvements and the bug fixes come quicker. With everyone actively contributing to the framework, you get a huge team of professionals who work on perfecting the app and increasing its functionality in real-time.

Lastly, the open-source flexibility is another option why developers love ASP.Net Core. If you need to add framework components, libraries to a certain project, you can do it with ease. Updates are also more seamless, as you usually don’t have to hassle with upgrading the entire framework.

The cross-platform implementation architecture is another one of those things that makes .Net development so desirable among experts. What this means is, the framework itself is built to run on Windows only, however, the apps and the tools you develop with the same framework can work beautifully on other platforms like Linux and macOS too. With Visual Studio IDE, developers can literally build apps for any Operating System they prefer. With independent packaging/installation, .Net Core is an excellent cross-platform framework if you’re looking to develop cutting-edge web apps. Once you’re ready with the app, you can also reuse the code again for app development regardless of which Operating System you want it to run on.

In an industry where time is of the essence, no-hassle and fuss-free systems are those that manage to gain the most ground. From this aspect, ASP.Net Core provides benefits, as it’s structured around simplicity. Crucial features and functionalists such as site configuration, form submission, and client authentication all aim to be fast, seamless, simple, and hassle-free making .Net Core an incredibly fast framework. The time-tested MVC (Model, View, Controller) architecture enables developers to create easily testable web apps that can be coded and debugged faster and more efficiently.

The reusable code also makes it easier to modify web app programming. The framework also features a simple to maintain, server-side, event-driven programming model.
Lastly, the built-in configuration data does not require you to commence with a complex component registering process. As such, deploying apps becomes faster and easier as well.

The framework’s high performance is another one of those integral factors that experts in web development love.

If you opt for ASP.Net Core, you can rest assured that you’ve chosen a flexible, scalable, and high-performing platform that sports reusable code, easy to maintain, and efficient all across the board.

When code compilation takes place, ASP.Net Core facilitates automation code optimization. This is a process that helps with improving code performance. Apart from that, the ever-evolving new concepts around the framework, upgrades, and overall quicker release cycles make it an ideal open-source choice for building cloud, IoT, and mobile apps.

The latest member of the .Net family has undergone a major overhaul and it was definitely worth it. The new framework now sports a wide palette of advanced features such as:

All these outstanding features make working with ASP.Net a breeze to work with enabling developers to create modern and robust web apps.

As a bonus, Razor Pages also tends to make the entire framework less complex because every page can be created as self-contained with having the option of organizing every single page efficiently.

Needless to say, Razor Pages helps immensely when it comes to speeding up the development cycles and in the meantime, creating a well-organized and clean web app.

7. Versatility is The Name of The Game

Being very versatile in nature, it’s no wonder why developers often gravitate towards choosing ASP.Net Core.

By choosing this framework, building a responsive site is a walk in the park, which should generally be a modern mainstay with all web applications nowadays.

ASP.Net Core also gives you the ability to mix up development work and come up with something totally new. The chance of being able to switch between development processes is also a standalone feature that makes ASP.Net Core one-of-a-kind.

Every expert needs a professional set of tools and when you’re working with ASP.Net Core, you get a full set of excellent digital appliances such as Jetbrains, Resharper, and countless others that only aid you along the development process and make your work (not to mention, the end result) all that much better.

Lastly, being able to conveniently deploy your finished web application is another great reason why you should consider this framework.

Generally, there are two different routes you can take with app deployment:

Framework-dependent: This kind is dependent on shared-system components that aims to be a memory-saver on host systems. With this, you will be able to execute only your app and the 3rd party dependencies.

Self-contained deployment: There are no shared components here, and the Net. Core runtime along with the libraries are made distinct from other applications.

Cutting-edge is the name of the game in today’s web development trends, and as a website owner and/or developer, you don’t want to get behind the curve. You want to remain competitive at all costs and stay at the forefront of your industry. A good framework can enable you to keep up with demands, however, an outstanding one will manage to put you on the map for sure.