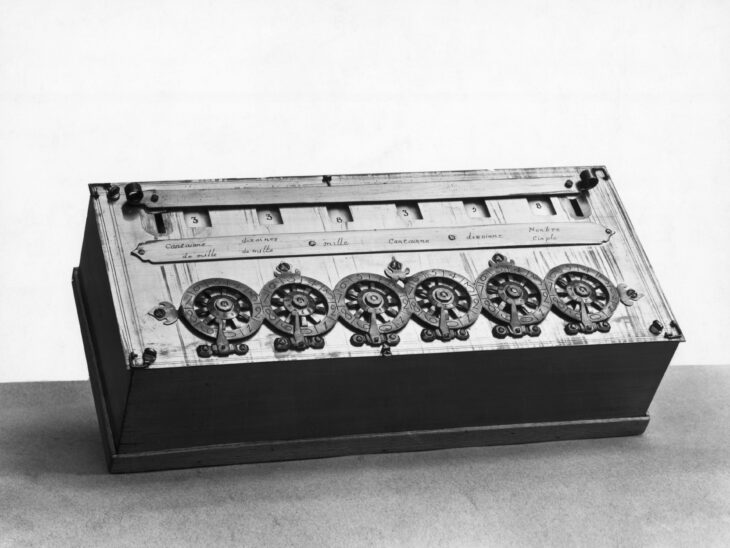 It is something we all take for granted, something many of us not gifted cannot live without, and something that has been in development for a very, very long time. In everyday use in financial institutions, retailers, engineering, and architecture the humble calculator has become ingrained in our lives.

We have come along way in the last century, with the development of math it has become possible to land and put people on the moon and explore the depths of our oceans that were considered too deep to explore but, due to the technology we have today in the form of the calculator none of this may have been possible. It is worth noting that there are and have been geniuses who could have potentially solved these equations just using the power of their mind but let’s be honest most of us are not capable of the kind of mathematical solving on that level, we need help. Introducing potentially one of the greatest inventions and one of your best friends, the calculator. Without the hex numbers calculator and trigonometry calculators, many of the problems we face would be extremely difficult. Find one at gigacalculator.com.

When humans first started using systems to count, stones and twigs were the earliest methods it is believed. In ancient Egypt and Sumeria around 2000bc-2500bc, it is widely believed the humble Abacus was invented and revolutionized the ability of people to count at high speed, particularly for merchants, tradesmen especially wood and stone craftsmen and market traders dealing with large volumes of stock and transactions.

The idea is simple. The top rod represents the numbers 1-10, sliding them as you count. The second row is multiples of ten when you have reached the ten on the top of the Abacus you can slide them back and simply slide from the second row starting at ten. You could have a third row representing 100s and next a fourth row for counting into the 1000s, it’s an exponential tool. This simple idea was in practice all over Asia and Europe until the 16th century, although in some places in Asia it is still the preferred method of counting today.

A Scottish mathematician called John Napier devised a system that would increase the speed again and simplify the calculation process. Called commonly “Napier’s Bones” and he published a book Rabdology (Counting With Rods). With as little as 2 or 3 hours of instruction, you could begin to use his new device.

The rods were thin strips and each being inscribed with multiplication tables. By sliding the rods vertically and aligning them you could very quickly make the calculation. Used primary by traders and financial institutions. Although still not a calculator as we know it today it still required a quick mind, it could be used for multiplication, division, or even square roots for some complex math which was pretty impressive for the 17th century.

The Introduction of Mechanical Calculators

In the 17th century mathematicians, William Oughtred, Edmund Gunter with the help of Napier and his algorithms were able to produce what was known as the “Slide Rule”. The slide rule was the first mechanical calculator and consisted of metal disks or a sliding stick that aligned very quickly to help with multiplication and division.

Over the years advancement and improvements in technology would greatly improve on an already groundbreaking idea. Such improvements made it possible to make advanced trigonometry, square roots, logarithms, and exponentials much easier and faster for people. The system was so practical that in many schools and universities it was used even until the 1980s, even though the advent of the digital calculator had been achieved. Even NASA used them in the development of the Apollo space program, a more modern version than originally designed was even taken to the moon on the Apollo-13 mission.

Bringing us to Modern Times

Sadly as with many innovations and inventions, the modern calculator was born of war. During the 1930s and 1940s, the 2nd World War was raging in Europe and soon spread across the globe. The military quickly went about modernizing their capabilities, from the air force, navy, and the ground forces quickly adopted the use of calculators to help make bombing campaigns, naval war forces, and artillery more accurate. Codebreaking and encryption also made huge advances none more so than in England’s Bletchley Park where American and British mathematicians were tasked with breaking German and other Axis codes.

Fortunately, after the war ended the need for a modern calculator was recognized, and more and more private companies continued the work of bringing the calculator to the masses. Skipping forward a few decades the introduction of the portable handheld calculator with the help of microchips became a common tool in schools and businesses alike.

For thousands of years, advancements in technology have constantly been changing the way we have been able to calculate math problems and the calculator has always been at the forefront of this. A true real wonder of the modern world and the times we are living in, used by so many at all points in the day.