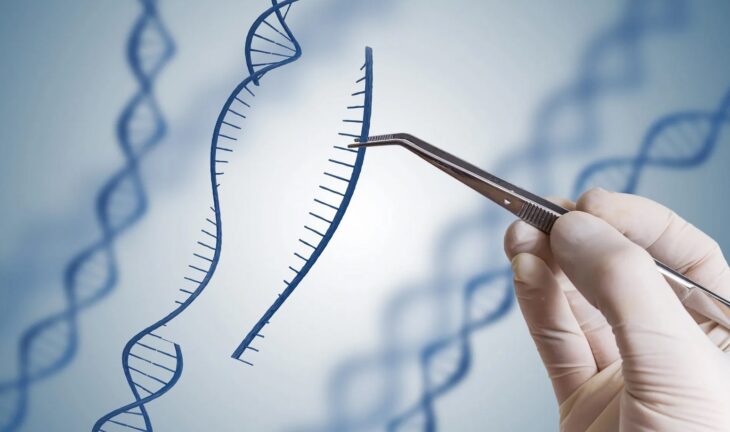 Genetic plants help in enhancing the good qualities of plants, animals, and humans. In the field of biotechnology, genetic technology is being used extensively. As genetic engineering treatment is rapidly expanding from gene editing medical laboratories to hospitals worldwide, there is a possibility of increasing demand for skilled genetic engineers shortly.  If you’re interested in genetic engineering, you can check out the best intro books on this topic by visiting this coolthingschicago.com article.

This field of engineering has taken the entire world by a whirlwind by displaying its potential. Scientists are quite aware of the boon of this field. Also, they are equally aware of the adverse effects which it can inflict on the humankind if it goes to the wrong hands.

Before understanding the pros and cons of Genetic Engineering, we need to understand what DNA is.

DNA or deoxyribonucleic acid is a genetic element found in humans and almost all other organisms. Nearly every cell in a person’s body has DNA.

DNA contains all the genetic information that allows all forms of life to grow and breed. What we humans or any organism will look like, what will be its nature and its properties, all this information is already stored in its DNA, and it is transferred from the parents to their offspring through the information DNA.

DNA plays an important role in the genetic engineering field. Almost everything in this field revolves around DNA and its numerous properties. This field has proved to be a boon to humankind for its numerous advantages that can be perceived in the field of technology, agriculture, medicine etc. However, just like every good thing in the world, it has its own set of advantages as well as disadvantages. In this article, we will explore the pros and cons of Genetic Engineering.

It is used to treat rare and life-threatening genetic disease, as the Hunter syndrome. To perform this treatment, the genetic engineering method is implied. The doctors used superfine molecular scissors and inserted them into the patients’ blood to cut the DNA of the liver cells and put a new gene to fix the deteriorated gene.

The genome is a biological instruction manual present in every cell of the body, designed to allow the numerous microparticles of DNA to enter in it. Such medical treatments mark the beginning of a new era of genomic medicine, and it is believed to revolutionize the medical field in the coming times.

At present, Genetic Engineering is being used in medicine, research, industry, and agriculture. In medicine, genetic engineering is being used extensively for insulin, human hormone development, Follistim (for the treatment of infertility), human albumin, vaccines, and many other drugs. It is also used in agriculture to create genetically modified crops or genetically modified organisms.

With this technique, the damaged organs of the human body can be replaced by organs of animals, and new organs for organ transplantation can also be constructed in private laboratories.

Private companies have patented about 40 percent of human organs so far.

This technique involves fixing memory defects or Alzheimer’s, treating HIV and blood cancer, or beta-thalassemia diseases such as getting rid of diseases. Using this technique, bacteria are being created that soak carbon dioxide from the atmosphere and liberate it from global warming. These will be used as fuels, and vaccines to cure diseases will also be made.

Significant progress has been made in the field of genetic engineering in the last few years. By taking the help of new technology, today, scientists can make efficient editing of chromosomes much more quickly, in less time and in a very precise way. Treatment of cystic fibrosis or many types of cancer will be straightforward shortly through genetic engineering.

It is being used in the production of crops whose genes are altered. In this process, the new gene i.e., DNA, is added to the plant, and it contains the desired properties which are not naturally present in that plant. Plants prepared through this technique are more resistant to pests, droughts like environment and diseases. Generated crops can increase production capacity and nutrient capacity.

Gene engineering may become a double-edged sword in the future. Here mentioned are the cons of this field:

There is a lot of disagreement on this subject among ordinary people and scientists. We often conclude based on science fiction stories or Hollywood films based on them that through genetic engineering, someday such creatures will be produced, which will destroy the entire human race.

Although this is just imagination, if even a part of this imagination becomes real, it will be disastrous for the entire human race. This is a subject on which more misconceptions are spread than facts.

Blending animals’ and human’s DNA can prove to have adverse effects. It might lead to the production of such creatures that possess a high degree of intelligence, even higher than that of humans, and might pose a threat to the human race. Also, genetically modified foods are said to possess numerous health-related risks. They might also affect the environment in the long term leading to the increase of the organisms that suffer from other diseases. Also, it might lead to the onset of new infections.

If they replace other essential genes instead of the mutated ones, other forms of diseases or health conditions are likely to develop.